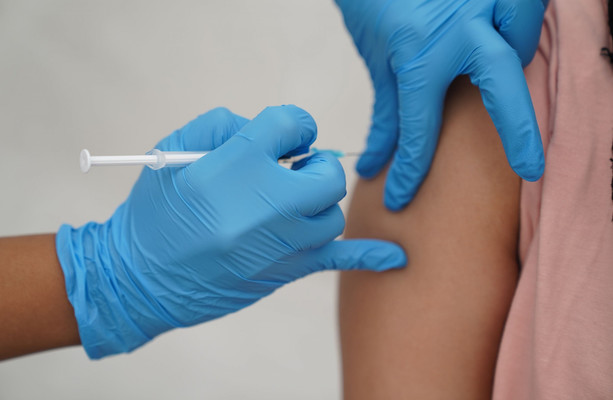 GERMAN LEGISLATORS OVERWHELMINGLY backed a bill today that requires staff at hospitals and nursing homes to get immunised against the coronavirus — the first of two vaccine mandates being considered in the country.

Health Minister Karl Lauterbach had earlier told parliament it was unconscionable that some who work with particularly vulnerable people were still not vaccinated.

“This vaccine mandate is necessary because it’s completely unacceptable that, after two years of pandemic, people who have entrusted their care to us are dying unnecessarily in institutions because unvaccinated people work there,” he said.

“We cannot accept this.”

Of the 689 votes cast in the lower house on the measure, 571 were in favour and 80 were against. Abstentions were recorded for 38 legislators.

A second, more contentious bill that would make Covid-19 jabs compulsory for all is being prepared and could be debated by parliament next month.

The far-right Alternative for Germany, or AfD, party is opposed to the universal vaccine mandate.

Some members of other parties, including the former health minister in Angela Merkel’s departed government, have also said they will vote against that measure.

AfD’s co-leader Tino Chrupalla accused the new German government, which took office on Wednesday, of undermining the public’s trust by reversing assurances over the summer that there would be no vaccine mandates.

He also warned that care workers who refuse to get vaccinated could quit their jobs if the jab becomes compulsory.

The new measure means workers in health care facilities will need to show they are fully vaccinated or have recovered from Covid-19 by mid-March next year.

Official figures show that about 69.4 % of Germany’s population of 83 million are fully vaccinated.

Neighbouring Austria, which has a slightly lower vaccination rate, announced plans on Thursday to impose fines of up to €3,600 on people who flout a coronavirus vaccine mandate it aims to introduce in February for all residents age 14 and over.


Austrian Health Minister Wolfgang Mueckstein said people who are eligible for exemptions will have to have those registered in a central vaccination register, which will be checked at regular three-month intervals. The first cut-off date will be 15 March.

Lauterbach, the new German health minister, had urged politicians to put aside party politics and support the bill, which also includes measures such as allowing pharmacists, vets and dentists to perform vaccinations, and the option to restrict sports and leisure events and close restaurants in regions with high case numbers.

Doctors have warned that while the number of new infections are going down, the peak of hospital admissions is likely to be reached during the festive period.

Meanwhile, organisers of the annual New Year’s Eve celebrations in front of Berlin’s iconic Brandenburg Gate say they plan to stage the event without a live audience again.

The party normally draws hundreds of thousands of revellers, but no spectators were permitted last year for the first time due to the pandemic.