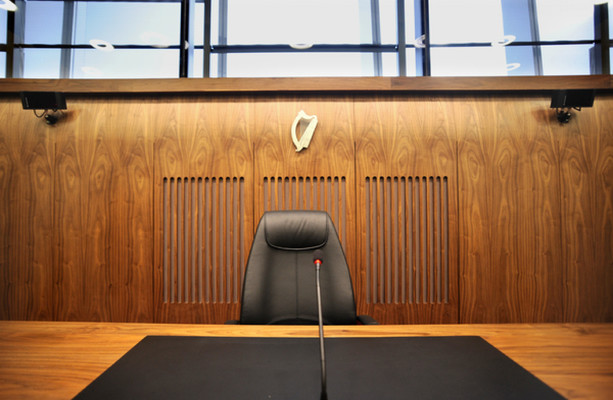 A GRANDMOTHER WHO has been jailed for ten days for failing to wear a mask after receiving her seventh conviction for such an offence has said that she is not sure if the virus exists or if face coverings protect against Covid.

Bandon District Court heard that Margaret Buttimer of St Fintan’s Road in Bandon, Co Cork had lived an “unblemished” life and was without convictions until the pandemic broke out.

The 66-year-old then started to go out shopping without a face mask in defiance of the Covid-19 restrictions. On one occasion she told a shop manager that she was only answerable to God.

Buttimer decided to contest her most recent case involving not wearing a mask whilst out shopping. Garda Trish Grimes gave evidence of the arrest, charge and caution of Buttimer.

She said gardaí were called to Dunnes Stores in Clonakilty, Co Cork at around noon on 6 December last. Buttimer had entered the store without a mask and refused to wear one when approached by security staff. She also declined to leave the store.

Grimes said that whilst Buttimer was “calm” when they arrived at the scene, she declined to put on a mask or vacate the premises.

Buttimer took to the stand where she said that everything the garda stated was true. She told Judge Colm Roberts that she felt the wearing of a mask should be a personal decision.

“I think I should have the choice to wear one or not. I have to do my shopping. I don’t shop online. I don’t have a credit card..”

Plunkett Taaffe, solicitor for Buttimer, put it to her that she was inclined to forget things and was having issues with her memory. Buttimer refuted this suggestion, saying “my memory is okay.”

When asked why she stopped abiding by the terms of her bail which involve her staying away from shops, Buttimer said that she was taking each day as it comes.

“I just think I should have the right (not to wear a mask). I am aware (it is against the law).”

Judge Roberts said that he had heard that Buttimer wore a seat belt whilst out driving for her protection and that of the public. He suggested to her that wearing a mask involved the same type of action.

He asked Buttimer why her beliefs took supremacy over the welfare of others. Buttimer replied that she wasn’t sure if wearing a mask protected her from the virus.

“I keep my distance (from people) if possible. I just think it (a mask) doesn’t work for a virus. They are a disappointment. I am not a scientist. I don’t know (if Covid exists). “

Judge Roberts stated that he had no option but to convict Buttimer. He asked Buttimer if she would give a commitment not to offend in this manner again and she stated that she couldn’t say she would stop committing her offending behaviour in stores.

Judge Roberts said that Buttimer wasn’t “making life easy” and that whilst he regretted having to impose a custodial sentence, it was important to send out a message from the courts about the necessity for people to obey the public health restrictions.

Taaffe said that an MRI scan completed on Buttimer had come back with normal results. He stressed that the loved ones of Buttimer were becoming increasingly concerned about her memory. He also stated that his client had borderline line responses and ability to absorb information.

“She abides by the terms of her bail for a few days and then she forgets.”


Taaffe said her worried family had her all but on “house arrest” and that they believe his client is suffering from a memory defect.

However, Judge Roberts said that Buttimer had been assessed by two professionals who hadn’t been able to make any definitive diagnosis about her condition.

Taaffe said that incarceration didn’t seem to “to knock a feather” out of Buttimer and that the whole case was “bizarre”. He added that his client had a striking indifference to the consequences of her actions.

He said that he was conscious of how close it is to Christmas and that Buttimer was out shopping for presents for her family when she was last arrested. He described the otherwise “pleasant” woman as “obdurate” in defying the law.

He pleaded with Buttimer to reconsider her position whilst in custody.

“You can have your beliefs but they can’t be to the detriment of human life.”