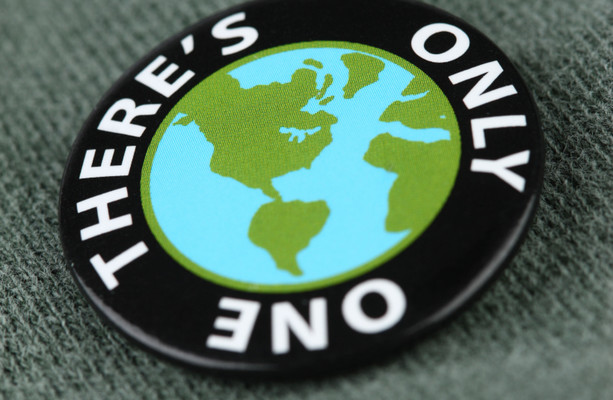 NINE IN TEN people believe that Ireland has a responsibility to act on climate change and reduce greenhouse emissions, a new report has found.

The same number of people believe politicians, citizens, the government, and businesses need to be doing “more” or “much more” to address climate change.

In contrast, only 9% of people think Ireland is too small to make a difference and that it should leave other countries to take the lead.

A new report by the Environmental Protection Agency on climate attitudes has found that Irish people “overwhelmingly recognise the threat, feel personally affected and want to see real change” – and that the majority of people do not believe in the idea that Ireland is too small to take action.

Though Ireland’s share of global emissions is around 0.1%, it is in the top 75 emitters globally and was the seventh worst country in the EU for greenhouse gas emissions in 2019.

90% of people think Ireland has a responsibility to act on climate change and should do what it can to reduce its greenhouse gas emissions, while 9% think it is too small to make a difference and should let other countries lead the way on emissions reductions.

1% feel the question is inapplicable because they do not believe climate change is happening.

The new EPA report, which was produced alongside the Yale University Programme on Climate Change Communication, surveyed people in Ireland about their beliefs, attitudes, policy preferences and behaviours in the realm of climate change.

A representative sample of 4,030 adults were interviewed over the phone between 24 May and 29 July.

Most people – 85% – are worried about climate change, including 37% who said they are very worried.

47% think climate change is harming people in Ireland right now, while another 22% expect it will harm us in the next 10 years.

Only 2% think it will never harm Ireland or that it will only be harmful in the distant future and 4% said it will be harmful in 50 years.

Nearly four-fifths want climate action policy to be a high or very high priority for the government.

Minister for the Environment Eamon Ryan said that the research “shows that Irish people are well informed and understand and support the need for climate action”.

He said it will “provide valuable insights as we develop policies and initiatives that will support people” as climate action is implemented.

EPA Director General Laura Burke said the findings “clearly demonstrate that the Irish people overwhelmingly recognise the threat, feel personally affected and want to see real change” and that “as a country we are ready for the transition to climate neutrality and resilience”.

People see the benefits to themselves and Ireland in general and many are already advanced on the journey.

Nearly everyone thinks future generations (95%), people in developing countries (94%), and plant and animal species (94%) will be harmed “a great deal” or a “moderate amount”.

66% are concerned about historic Irish sites being harmed by climate change.

Asked about environmental hazards that could harm their local area, people were most concerned about water pollution (81%), air pollution (70%), and severe storms (64%).

More than half of people were also worried about water shortages, flooding, agriculture pests and diseases and invasive species.

Droughts, extreme heat, wildfires and bog bursts or landslides were still concerns, but for fewer people – 46%, 45%, 40% and 27% respectively.

People are more than twice as likely to trust scientists about climate change than they are to trust politicians.

However, only 44% trust political leaders as a source of information on climate change.

That falls further to 37% for religious leaders, 32% for corporations and businesses and 24% for online influencers, celebrities or media personalities.

The vast majority believe politicians, citizens, the government, and businesses need to be doing “more” or “much more” to address climate change, which each at 90%.

89% said local governments need to do more; 79% said they personally need to; and 79% pointed to the media.

On government policy, support was strong for measures like grants for efficient heating systems, investing in public transport instead of motorways, and grants to make electric vehicles more affordable.

85% support or strongly support the development of renewable energy infrastructure like pylons or substations in their local area to help reach the government’s target of increasing the share of electricity that comes from renewable sources.

9% said they “somewhat oppose” the idea and 6% strongly opposed it.

Looking at agriculture, 30% strongly support reducing the number of cows in Ireland to cut greenhouse gas emissions, with another 34% somewhat supporting the measure.

‘Leading the world in many ways’

Speaking at a media briefing, Dr Anthony Leiserowitz, the director of the Yale Programme on Climate Change Communication, said that “from a scientific standpoint, our question is why, what are the psychological, cultural, political reasons why some people get very engaged with this issue?”

He added: “Others can be apathetic, and some can be downright dismissive and hostile.”

Comparing the report’s findings to similar studies done globally, he said that “Ireland really is leading the world in many ways in terms of public awareness and engagement on climate change”.

“82% of the Irish say that most scientists think climate change is happening versus only 59% in the US.

In other words, in contrast to the United States, there is almost no climate denial, whereas it still exists and is a small minority in the US, but a very powerful and vocal minority.

“One thing that we see here in Ireland and all over the world is a pattern where people tend to still see climate change as a distant problem in a distant time, that the real impacts are a generation away and distant in space – that in the end, this is about polar bears or developing countries, but not my country, not my community, not my friends, not my family and not me.

“So in other words, people tend to see themselves at much lower risk than, say future generations or people and species far away. That’s a very similar pattern that we see in the United States and frankly all over the world.”

He said Ireland has an “enormous opportunity to role model for the world how to engage an all-society response” to the climate crisis.