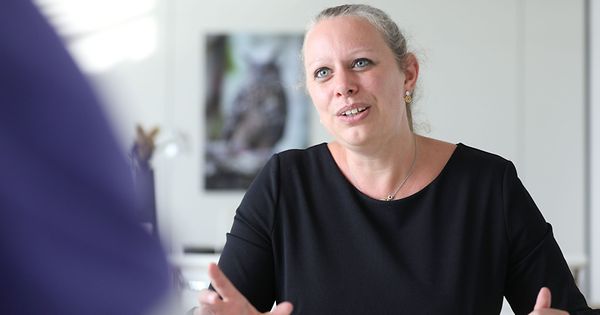 (This story was updated with a reaction from the environment ministry provided on 10 December, in paragraphs 6 and 7. The second paragraph was also updated with this new information, as was the photo caption.)

Luxembourg was one of only a handful of countries that failed to secure EU  money for projects to protect the environment, the European Commission has said, after the body approving the funding rejected the Grand Duchy’s plans.

Applicants from the country submitted plans to get funding out of a €290 million investment package – known as the LIFE programme – aimed at tackling the climate and biodiversity crises, but its plan was rejected. The only other countries not receiving money were Lithuania, Romania and Czechia.

“Luxembourg’s applicants submitted a proposal under [the] LIFE Climate Action [plan] … but they were not successful,” Lynn Rietdorf, a spokeswoman for the European Commission said in an email.

The Commission – the EU’s central administrative apparatus – announced it had approved 132 projects under the investment package last Friday as it seeks to become a climate-neutral continent by 2050.

The Commission declined to say what project Luxembourg had submitted for the funding round which comes out of the 2020 budget.

The environment ministry said it played no role in submitting the projects. The ministry “has absolutely no influence on the submission of projects, neither their number, nor their quality,” it said. It also did not monitor them.

The only function the ministry played was to provide a help desk in case applicants have questions or needed help with the paperwork.

Luxembourg has the highest carbon emissions per resident of any country in the European Union and the highest car ownership. Its cheap fuel prices draw large crowds of lorry drivers to fuel up in the country. There are also frequent problems with river pollution throughout the country.

The funding round for the 2021 LIFE project closes on Tuesday.

Luxembourg will still participate in one LIFE project led by France, aiming at the re-use of wastewater in three facilities in France, Spain and Luxembourg. Czechia also participates in a transnational project with Poland to revitalise a population of Apollo butterflies in the border region.

One of the most prominent projects in the programme was the restoration of peatlands in Belgium, Germany, Ireland, the Netherlands and Poland.