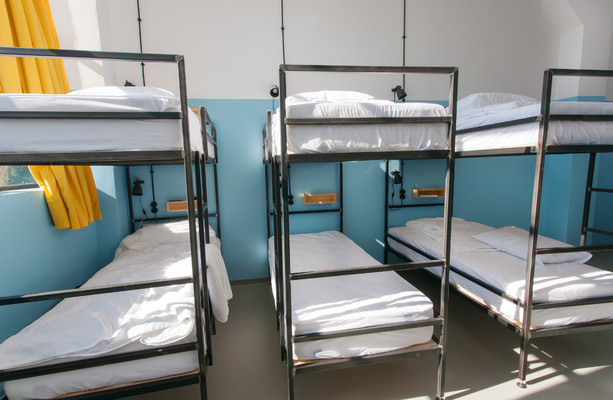 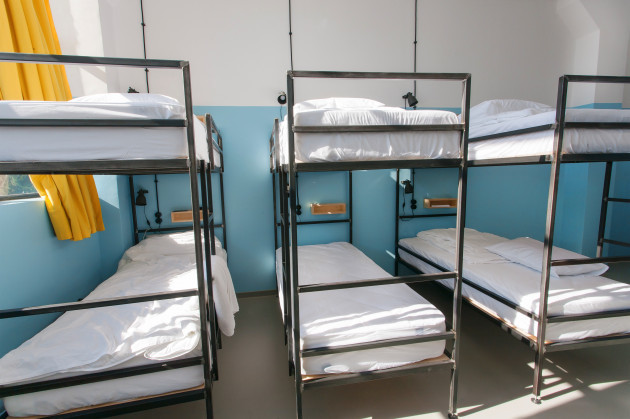 File photo of bunk beds in a shared room

THE NUMBER OF complaints made by people staying in homeless hostels run by the Dublin Regional Homeless Executive (DRHE) rose from 34 last year to 122 so far in 2021 – that’s over a three-fold increase to date this year.

The complaints covered issues such as drug use in the facilities, alleged bullying and blood stains on bed sheets.

The nature of the complaints lodged by residents at hostels run by the DRHE, or on behalf of the organisation by a private company, were released to The Journal via a Freedom of Information (FOI) request.

The organisation works with several NGOs and private companies to run dozens of hostels and other accommodation facilities for homeless people in the Dublin region.

According to statistics released by the Department of Housing last month, 8,830 individuals are listed as homeless in Ireland – with over 6,000 of these people based in Dublin.

Nearly 800 families are homeless in the capital, with the majority of these people staying in private emergency accommodation such as hotels, hostels and other residential facilities.

Most of the hostels are located in Dublin 1, Dublin 7 and Dublin 8.

‘The bed covers are covered in blood’

A number of people lodged complaints with the DRHE this year about allegedly being bullied or harassed by other residents.

One person reported that they were subjected to “verbal abuse and threatening behaviour”, while another person said they were “attacked by another resident”.

One man complained that other people were taking drugs and drinking alcohol in a shared room in the hostel in question. Another person said that a new resident who moved in was holding parties, starting fights and generally “causing trouble”.

The conditions of the bedrooms and other areas in some of the hostels were also a cause of concern for some residents. One person said “the bed covers are covered in blood” and the wash area in this particular hostel was “dirty” and unusable.

In another instance, a resident complained about meals being served in a small room with a lack of social distancing despite official Covid guidelines.

In some cases, the complainants requested access to CCTV footage to support their claims.

A spokesperson for DRHE told The Journal the increase in complaints this year “reflects the success” of an awareness campaign on the “right to complain” and the appointment of a designated Complaints Officer.

“We use the complaints process to learn, adapt and improve upon the services available to our clients and remain committed to our aim of providing safe and effective service provision to anyone experiencing homelessness,” the spokesperson said.

In a statement they noted that the DRHE “proactively encourages anyone who uses emergency accommodation and wishes to make a complaint to do so”.

People can make a complaint directly to the Complaints Officer via phone, email or by using the complaints form on the DRHE website.

All individuals staying in homeless hostels are given information about how to access service and make a complaint if necessary. These guidelines have been translated into a number of different languages.

All complaints are investigated within three weeks of being received, with a formal response issued to the individual who submitted the complaint in the first instance, the spokesperson said.

“The procedure for dealing with complaints, (whether they be in relation to a privately operated facility or an accommodation provided by one of our NGO partners) doesn’t change and every complaint is logged on a complaints management system.”

They noted that the role of the Complaints Officer “is to take up the complaint with the service provider, to remain independent and to take an objective view of each complaint received”.

“The Complaints Officer will engage with the complainant to gather as much information as possible and assurances are given that each complainant will be dealt with professionally, confidentially and efficiently. The DRHE Facilities team may carry out onsite inspections to either clarify issues or ensure the provider has dealt with the issue.”


The spokesperson said that where a complaint against a service provider is upheld, the DRHE formally instructs the provider to rectify it “immediately”.

“If the complaint is of a criminal nature, we encourage, advise and help the complainant to contact An Garda Síochána.”

In cases where there are excessive complaints about a particular facility – in comparison with facilities of similar use and size – and multiple complaints have been upheld, or where DRHE officials find that standards are not in accordance with requirements, the organisation “would review the ongoing contractual arrangement”.

The spokesperson said the DRHE is committed to keeping residents in emergency accommodation where possible, rather than banning them from the premises. Service users in need are referred to addiction or mental health services as required.

However, if a service user is found to be in breach of the rules in a facility, “there is a warnings procedure culminating in exclusion for serious or repeated breaches of house rules”.

“If a service user poses an immediate threat to the safety of staff or other service users within the facility, there are grounds for exclusion with recourse to An Garda Síochána,” the spokesperson added.