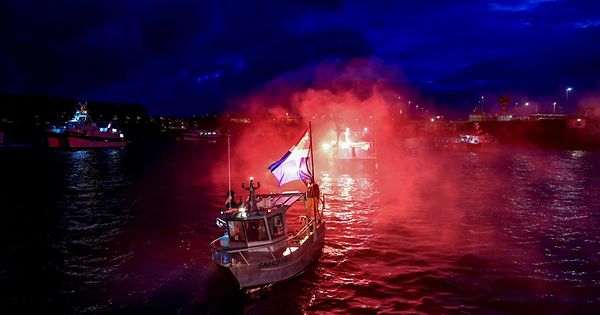 EU says progress made with UK in post-Brexit fishing row

Commission welcomes UK decision to issue additional licences to EU boats, although it is unclear if both sides have fully resolved all issues

Commission welcomes UK decision to issue additional licences to EU boats, although it is unclear if both sides have fully resolved all issues

The UK has issued additional fishing licences for European Union boats, in a step that may signal some progress toward resolving the post-Brexit dispute in which the two sides are engulfed.

“Today’s decision is an important step in a long process seeking full implementation of the Trade and Cooperation Agreement,” the European Commission said in a statement on Saturday, after the UK agreed to issue 18 licences for EU replacement vessels in its territorial waters and 5 licences for EU vessels to access Jersey waters.

The deal followed “several weeks of intensive technical discussions on licencing,” according to a British government statement.

Ties between Britain and the EU have been strained since the UK left the bloc, with the allies engaged in disagreements ranging from fishing licenses to trade rules in Northern Ireland. The French government has threatened retaliatory trade action against London over a lack of licences issued to its boats to fish in British waters.

Tensions between the UK and the EU over Northern Ireland also appear to have calmed in recent weeks, with the UK saying it will continue negotiating for as long as talks continue to be constructive. Many in the EU had feared that Britain was going to imminently walk away from the negotiations, which could have precipitated a trade war.

It’s unclear whether the fishing deal struck on Saturday marks the end of the row over fishing though. While the UK government said in its statement that the intensive part of the talks is over for now, the EU said that “a number of vessels seeking access to waters have not yet received a licence,” and that technical negotiations will continue with the aim to have seven additional replacement vessels approved by the end of Monday.

French fishermen blocked access to ports in northern France last month to try to heap pressure on the UK over the issue. They also jammed the ramp leading to the freight tunnel between Britain and France near Calais.