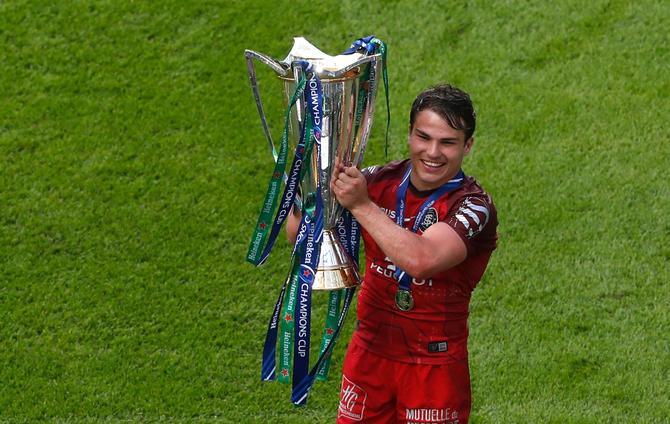 Antoine Dupont on Friday became the first Frenchman to win World Rugby’s player of the year since Thierry Dusautoir in 2011.

The 25-year-old France scrum-half and skipper has been instrumental to the form of a vastly-improved national side.

A deft passer of the ball and fast off the mark, Dupont’s supreme covering and support play saw him cross for three tries in last season’s Six Nations.

Handed the captain’s armband for the November Tests, he led France to three wins, including a first over New Zealand (40-25) on home soil since 2000.

Dupont saw off competition for the award from Australians Michael Hooper and Samu Kerevi and England and British & Irish Lions lock Maro Itoje.

England forward Zoe Aldcroft, also 25, won the women’s award for player of the year, beating off teammate Poppy Cleall, and the French duo of Caroline Boujard and Laure Sansus.

The lock/blinside flanker started all eight of England women’s matches in 2021, helping the Red Roses extend their unbeaten run to 18 Tests and win a third successive women’s Six Nations title.

In other awards, World Rugby sevens winners were Marcos Moneta of Argentina and France’s Anne-Cecile Ciofani respectively, while All Black winger Will Jordan won the breakthrough player trophy.