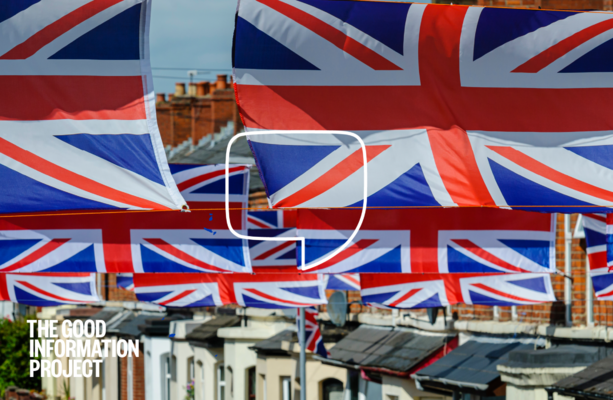 AHEAD OF THE British general election in 2017, the Democratic Unionist Party put out a Brexit wishlist. The party’s manifesto listed 30 objectives for exit negotiations, including “no internal borders” within the United Kingdom.

Despite the DUP emerging from that inconclusive election with the balance of power, things haven’t exactly worked out as they hoped.

The ultimate result of the Brexit talks was the Northern Ireland Protocol, the Irish Sea trade border designed to prevent an equivalent border on the island of Ireland.

The resulting difficulties in sending goods from Great Britain to Northern Ireland are a practical headache, but for unionists there’s an added psychological blow.

“People say, hold on a minute, there’s something fundamentally wrong or uncomfortable with the fact that trading within the UK is not practical or seamless or frictionless as it was before”, says Ian Marshall of the Ulster Unionist Party.

“If we applied those rules and regulations on the land border, would they be acceptable to everyone? There’s no question: they wouldn’t.”

Recent polling of politically engaged voters in Northern Ireland suggests that a majority overall now have a favourable view of the Protocol.

But opposition seems to be concentrated in the unionist community. The leaders of all four main unionist parties have signed up to a joint declaration that it “must be rejected and replaced”.

A legal challenge involving “a broad range of unionist opinion”, in the words of the Belfast High Court, is ongoing.

Even given the recent growth in people who consider themselves neither nationalist nor unionist, grievance in one community is a problem.

“The Good Friday Agreement was about consent, mutual respect and parity of esteem”, Marshall points out.

“At the moment, there’s a big chunk of people in Northern Ireland – whether you agree or disagree with them – who don’t feel they’re being listened to and that there’s no certainly no consent from their perspective.”

But assuming that unionists are united in scorched-earth opposition to the Protocol would be a mistake.

It’s true that the tiny Progressive Unionist Party recently withdrew its support for the Good Friday Agreement, while the DUP has been threatening to pull out of the power-sharing Executive at Stormont over the Protocol in recent months.

“Through their actions, the European Union threaten the very political institutions in Northern Ireland they claim to espouse”, Donaldson said on 7 December.

“The Irish Sea border must be removed and Northern Ireland’s place within the Internal Market of the United Kingdom fully restored, so that the political institutions can continue to operate.”

By contrast, the Ulster Unionist Party seems much more open to making the Protocol work.

“Fundamentally, as a consequence of Brexit, there will have to be a trading arrangement”, says Marshall, the party’s Assembly candidate for West Tyrone.

“There has to be a set of rules in place, so we can’t get away from that fact. But what [UUP leader] Doug Beattie has been saying is ‘OK, this needs to be amended and changed, this needs to be different, it’s not fit for purpose as it is and let’s sit down and have that conversation – because the Protocol must work for everyone’.”

That suggests that the UUP, and many individual unionists, are open to persuasion that their interests are being catered for through the continuing UK-EU talks on Protocol reform.

“There has been movement from the European Union”, says Mick Fealty, editor of the popular Northern Ireland politics blog Slugger O’Toole.

A deal that helps small businesses cope with trade barriers – even if imperfect – would, he thinks, kill off the “extreme talk” of loyalist violence or bringing down power-sharing.

“The lower the barriers on east west trade, the more you basically legislate out of existence the ability of the DUP to bring anything down,” Fealty says.

Asked about the talks, Marshall tells The Journal: “We’re going to need something that is practical and pragmatic, and I think there is an appetite there to get something we can work with”.

That pragmatism may be more in tune with public opinion than Donaldson’s remarks.

In a recent survey by the University of Liverpool, the Protocol came behind health, Covid and the economy as the most pressing issue for people in Northern Ireland.

While those who want to remain in the UK were more concerned about the Protocol than United Irelanders, only a small minority rated it as the most important issue going.

Similarly, the Liverpool researchers found “no majority support within the pro-union community to reject mitigations and easements [from the EU], or to reject the process of solution seeking”.

Even the Progressive Unionist Party appears divided on the subject: one of its three councillors, John Kyle, recently spoke about the “opportunities that are presented in a reformed Northern Ireland protocol”.

The DUP does, however, seem to be recovering some support.

In the latest opinion poll of Assembly voting intentions, the only movement larger than the margin of error was the DUP, which was up five points to 18%, while the TUV was down three.

That still left Sinn Féin ahead on 24% – and the next Stormont election is due in May 2022.

As Fealty points out, that kind of vote share would represent a decline in support for Michelle O’Neill’s party compared to the last Assembly election.

It’s not just the DUP that’s losing support to smaller outfits, like the cross-community Alliance Party.

“Sinn Féin lost 7% of its overall vote in the 2019 general election”, Fealty says.

“That can only be accounted for if Sinn Féin voters are defecting towards Alliance and away from nationalism altogether. It’s likely they’ll win, but they’ll lose seats as they win.”

Even so, a win would mean a Sinn Féin First Minister – even if there are more unionist than nationalist members elected overall.

Unlike the original Good Friday Agreement rules, the single largest party after an election gets to nominate the next First Minister.


That’s thanks to the St Andrews Agreement, negotiated in 2006 at the urging of the DUP.

“It used to be the largest party in the largest designation. If they’d left the law alone under the Good Friday Agreement, that would still be the DUP,” Fealty says.

The DUP will try to persuade unionist voters to rally round to make sure a pro-Union outfit is still the single biggest party.

But Fealty thinks they’ll have trouble doing so: unionism, he thinks, is increasingly hard to motivate with a sense of tribal threat.

“Unionists no longer fear a Sinn Féin first minister,” he says. “They don’t fear a united Ireland. They don’t fear the south in the way they did before.”

Marshall’s career is the perfect illustration. A former president of the Ulster Farmers’ Union, he was elected to the Seanad in 2018 as an independent unionist before moving his political career back across the border.

He’s betting on voters in Northern Ireland being increasingly motivated by bread and butter issues, rather than constitutional wrangling.

“That crosses the divide, irrespective of your politics”.