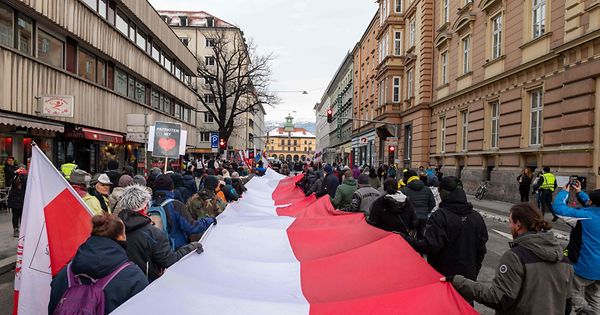 Unvaccinated can only leave home to go to work, where they must present a negative test result every two days, and for shopping and exercise

Unvaccinated can only leave home to go to work, where they must present a negative test result every two days, and for shopping and exercise

Austria ended a nationwide coronavirus lockdown for most people on Sunday, while keeping restrictions for the unvaccinated as it presses ahead with the boldest incentive in Europe to boost inoculations.

Starting Sunday, those who have rejected a vaccine can only leave their homes to go to work, where they’ll need to provide a negative coronavirus test every two days, and for essential shopping and daily exercise. Entry to other venues will be barred.

Life will slowly return to normal for people who’ve had a vaccine or have recently recovered from the virus, with regions implementing a patchwork of easing schedules. Concerts are set to restart, museums and restaurants will throw open their doors again, and Christmas markets will return to life.

The lockdown has helped cut Austria’s daily infections to about a third of their late-November peak, but hospitalisations remain near levels thought to endanger the nation’s capacity to serve all patients.

The new normal risks further polarising a nation that has one of the lowest vaccine uptakes in western Europe, even though inoculations level have nudged higher in the past month.

Some 72% of Austrians have now had at least one vaccine dose, up from 68% a month ago, and 69% are fully inoculated.

As evidence of the growing divide within its population, even while a vocal minority opposes vaccines – and has taken to the streets to let it be known – Austria now leads its peers in giving booster shots that may be critical to increasing defence against new variants.

Recently-appointed Chancellor Karl Nehammer is leading efforts to make vaccines mandatory from February. Dissenters faces fines of up to €3,600, according to a draft bill. All but one parliamentary group supports the initiative.

The exception is the far-right Freedom Party, which organised a third demonstration in central Vienna on Saturday. Over 40,000 people attended, according to police estimates, similar to the crowd seen on two earlier occasions.

While not going as far as Austria’s plan, some European nations have made vaccinations mandatory for specific professions, including doctors, teachers or workers in the public realm. Greece is making them mandatory for people over 60.

European Commission President Ursula von der Leyen has called on the bloc to start discussions on mandates, and German lawmakers may also vote on strict requirements in the coming months.