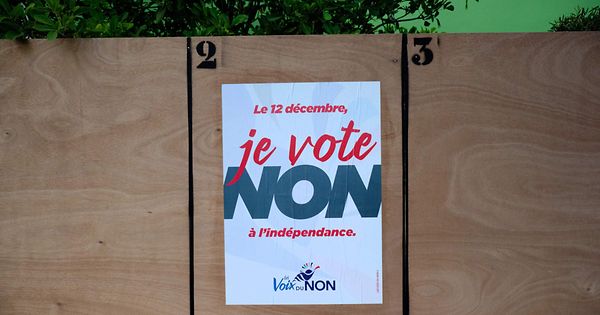 96% of participants in Sunday’s poll in Pacific archipelago opt to remain part of France, although turnout was well below previous years

96% of participants in Sunday’s poll in Pacific archipelago opt to remain part of France, although turnout was well below previous years

Residents in New Caledonia, an archipelago in the strategic waters of the Pacific, have voted overwhelmingly to remain a French territory, in a victory for French President Emmanuel Macron.

More than 96% voted on Sunday against independence from France, state-run AFP news agency reported. Turnout was low, however, after indigenous pro-independence leaders called to boycott the referendum, which meant to end a three-decade process of decolonisation. They are expected to contest the outcome.

Macron called for “respect” of the results in a broadcast address on Sunday, saying the goal now is to build a “common project” focused on reducing inequalities.

France has increased its economic and military engagement in the Pacific as part of its effort to serve as a balance between rivals China and the US.

New Caledonia, with a population of less than 300,000, is central to Macron’s strategy because it serves as France’s regional military headquarters and gives it access to the Pacific Ocean at a time when tensions with China are mounting.

Had the vote backfired against France, its standing in the region would have been at risk.

In the 1988 Noumea Accord, France agreed on up to three independence referendums by October 2022. In June, the French government announced the final one would be held on December 12.

But Kanak independence leaders called for “non-participation” after authorities ignored their request to delay the poll until 2022 because of the impact of the coronavirus pandemic on their community. The Kanak make up New Caledonia’s largest population group.

The Kanak have long-complained of being sidelined economically by the descendants of European settlers, especially in the management of New Caledonia’s vast reserves of nickel. Tensions exploded into civil strife in the 1980s, subsiding again only after a series of peace accords that officially recognised Kanak identity and aimed to address inequalities.

Regional leaders had urged France to rethink its handling of the December vote, with some warning of potential violence if it went ahead. The government boosted police and military forces ahead of the polls but no violence took place on Sunday, France Info radio reported.