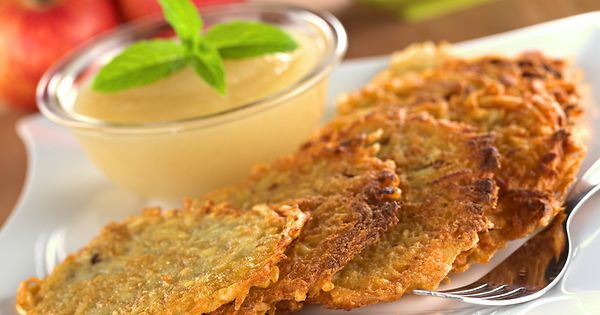 With the festive season in full swing, why not make your own Gromperekichelcher, swap your takeaway pizza for the regional speciality, Flammkuch, or try out a Rieslingspaschtéit

With the festive season in full swing, why not make your own Gromperekichelcher, swap your takeaway pizza for the regional speciality, Flammkuch, or try out a Rieslingspaschtéit

Gromperekichelcher consists of just potatoes, eggs, flour, onion and parsley and is easy to make at home.

This year, we can all visit the Christmas markets for a taste of this popular local potato snack. But you can also make your own gromperekichelcher, or swap your takeaway pizza for a local version, the Flammkuch. Possibly best bought from a professional baker, the Rieslingspaschtéit is Luxembourg’s answer to the pork pie, but shaped like a giant sausage roll.

An Alsatian speciality that is also eaten in Luxembourg and the Greater Region, Flammkuch is a simple local “pizza” originally designed to test the temperature inside a baker’s stone oven.

Years ago, bread was baked in rural communities every 3-4 weeks in a wood-fire oven. Initially, the temperature was too hot for the loaves, so the baker would use  leftover dough, rolled thinly and sometimes topped with soft cheese, to test the oven. If it was the correct temperature, the Flammkuch would be ready in 1-2 minutes.

Flammkuch is traditionally topped with soft cheese or crème fraiche, thinly sliced onions and lardons (small bits of bacon). Regional varieties including toppings of Münster or Gruyere cheese, mushrooms, or even a sweet version with apple slices, cinnamon and a splash of Calvados.

The snack, which is eaten with the fingers, came into fashion in the 1960s around the same time that pizza restaurants first became popular. Try it at Brasserie Bosso, De Spackelter, and Herringer Millen. Otherwise, here’s how to make it at home:

Mix together the ingredients for the dough and knead well before rolling into two rectangles about 25cm by 28cm. Heat the oven to 230°C, or 210°C for a fan oven. Spread the crème fraiche on the dough, leaving a 2cm gap around the edges. Dot with the chopped onion and lardons and sprinkle with the grated Emmental. Bake in the oven for 10-12 minutes until the edges of the dough have turned brown and the lardons sizzle.

This hot, tasty Luxembourgish potato cake is eaten at Christmas markets washed down with a gluehwein or hot chocolate. Of course it’s best to try them amongst the atmosphere and lights of the markets, but you can also whip up this tasty snack at home.

Traditionally served with apple compote, which you can buy in jars at the supermarket, the secret to authentic Gromperekichelcher is to create a fluffy inside whilst the exterior is crispy. Specialists at making them suggest that you fry them 2-3 times, letting them cool down in between each fry. You can hear more about the secrets of Gromperekichelcher in the video below:

360 videos are not supported here. Switch to the Youtube app to watch the video.

Grate the potatoes and press them with a cloth to take out excess moisture. Place the grated potato in a mixing bowl and add the chopped onions, parsley, beaten egg and the flour. Mix together thoroughly. Leave to stand for 30 minutes, then mix again.

In the meantime, heat your oil to 180°C (deep fried is authentic but you can shallow fry them too). Separate the mixture into patties and use a slotted spoon to place them in the oil or frying pan, then fry until crispy and golden brown. Serve hot with apple compote for dipping, or Luxembourgish mustard if you prefer something with more of a kick.

Riesling paté is another popular local snack, but quite complicated to make, so perhaps it’s best to buy this from your local baker. It’s a meat pie (shaped a bit like a sausage roll), with a pastry shell containing a meat filling encased with Riesling aspic – a savoury jelly similar to the type you might find in a British pork pie.

The pastry is typically made with flour, butter, lard, water and a dash of Riesling. The filling can be pork or veal and includes white bread, vegetables, herbs and spices. Holes are cut into the pastry top to release steam whilst it is cooking and the pie is also brushed with a beaten egg to give the pastry a dark glaze.

For more local dishes you can make at home, check out our recipes for Luxembourgish soups, fish and pork/bacon dishes.