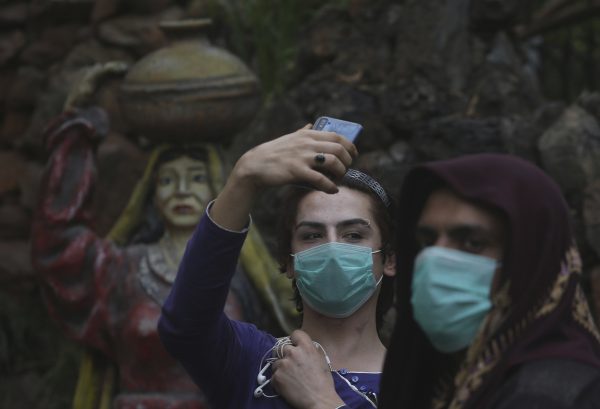 It took Dr. Sarah Gill more than a decade to fulfill her dream of becoming a doctor, which generally is a five-year journey for students enrolled in an Bachelor of Medicine, Bachelor of Surgery (MBBS) degree in Pakistan. Soon after graduating, she got a job offer from Jinnah Postgraduate Medical Center (JPMC) in Karachi and became the country’s first transgender doctor. It was not an easy journey.

In January 2022, while the news of Gill making history in Pakistan made waves in the country, an important piece was missing from most discussions. To be complete, any telling of her story has to not only acknowledge her achievement – and the progress it represents – but also the immense struggle that Gill had to undergo to achieve what she has today. She had to constantly battle the discrimination faced by the transgender community in Pakistan, known as the Khwaja Sira in South Asian circles.

“It took so long for the country to have its first transgender woman doctor, and while I am the first, I shall certainly not be the last,” Gill told The Diplomat.

“I believe in equality and, more than equality, I believe in equity. We have to provide marginalized communities with opportunities to come in front and work for themselves because a community works best for a community,” said Gill.

Talking about her struggle and hardships that stretched over more than a decade, she said, “I danced in the night, worked with NGOs in the morning, and studied during the evening. I would collect money and turn in a paper and then work again until I had saved enough to appear for another exam – this is how I completed my third and fourth year of MBBS.”

Gill’s family had asked her to hide her identity while getting an education and leave the country after, but she resisted and openly identified herself as a trans woman. Even after she left home, her mother remained her best friend, staying in touch over the phone. Gill said she has no grievances against her family, since she believes society is largely at fault for the discrimination trans people face. It is social pressure that forces families to disown their transgender children.

Trans people who are shunned by their families are sheltered and supported by the wider Khwaja Sira community.