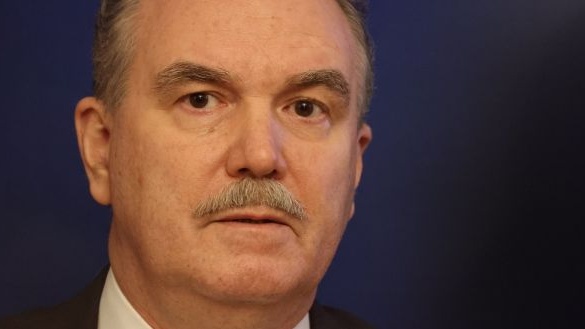 Russian ambassador Yuriy Filatov is to be invited to attend Ukrainian president Volodymyr Zelenskiy’s address to the joint houses of the Oireachtas.

Mr Zelenskiy is to address the Dáil and Seanad this coming Wednesday, and while he said he would not comment on any particular nation, Ceann Comhairle Seán Ó Fearghaíl said that all accredited ambassadors to Ireland would be invited to sit in the public gallery during the event.

“All of the diplomatic corps have been included, and it’s a matter for each ambassador to decide if they attend or not,” Mr Ó Fearghaíl told The Irish Times.

The Ceann Comhairle said a small group of refugees fleeing the war in Ukraine, selected by the Ukrainian ambassador, will be seated in the distinguished visitors gallery during Mr Zelenskiy’s address.

Mr Ó Fearghaíl said he would make a short address commencing proceedings, just before 10am on Wednesday, and that he planned to call on Russian parliamentarians to take a stand on their country’s invasion of Ukraine.

“I’ll be acknowledging the importance of the presentation of the president and using the opportunity as chair of our parliament to call on the Duma to recognise it has a responsibility. There are 450 members of the Duma, they can’t all believe the propaganda, lies and fake news presented to them. I’ll be calling on them to find the courage the Ukrainian people are finding on a daily basis and to stand up and be counted,” he said.

The Russian embassy did not respond to a query on whether Mr Filatov would be attending the event.

Following the model used in other parliaments, the address to the houses of the Oireachtas is due to take around ten minutes, Mr O Fearghail said. Each leader of the larger parties will be allowed a six minute contribution and smaller groups will be allotted three minutes afterwards, before the proceedings are wrapped up by the Catheoirleach of the Seanad, Mark Daly.