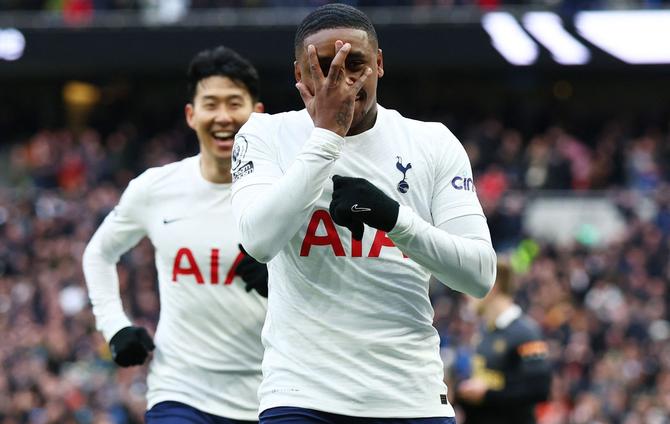 Tottenham powered into fourth place in the Premier League with a 5-1 rout of Newcastle, while West Ham’s 2-1 victory pushed Everton deeper into relegation trouble on Sunday.

Antonio Conte’s side staged a stirring comeback to make it five wins from their last six league games.

Newcastle struck first through Fabian Schar, but Ben Davies equalised before the break in north London.

Arsenal, who have two games in hand on Tottenham, can regain fourth place if they avoid defeat at Crystal Palace on Monday.

Regardless of that result, Tottenham are firmly in the race to qualify for next season’s Champions League, despite Conte’s claim that it would be a miracle to finish in the top four.

Newcastle snatched the lead against the run of play in the 39th minute when Schar’s free-kick from the edge of the area caught Hugo Lloris unsighted as it evaded the Tottenham keeper’s weak attempted save.

But Tottenham were level four minutes later as Son’s teasing cross was glanced home by Davies from six yards for his first Premier League goal since 2017.

Harry Kane was the provider when Tottenham moved ahead in the 48th minute, the England captain whipping over a fine cross that Doherty stooped to head in from close range.

Needing another goal to overtake Arsenal, Conte’s men struck again six minutes later as Kane’s pass picked out Dejan Kulusevski and his cross was slotted in by Son for his 15th goal this season.

Emerson bagged his first Tottenham goal with a close-range finish from Doherty’s cross in the 63rd minute before Bergwijn came off the bench to drill home with seven minutes left.

In turmoil when Conte arrived in November to replace the sacked Nuno Espirito Santo, Tottenham have renewed hope of an uplifting end to the season.