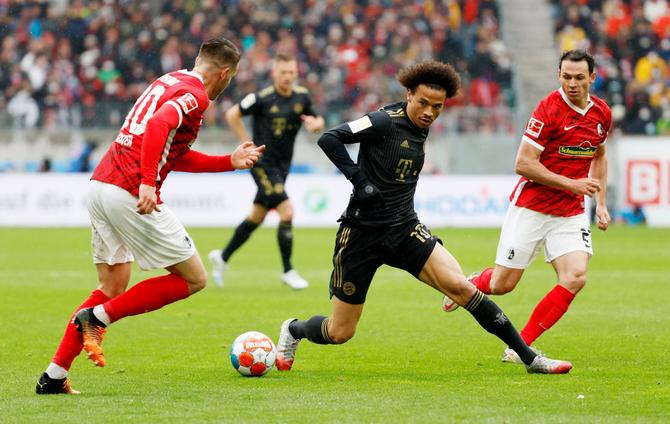 On Saturday, when Niklas Suele and Marcel Sabitzer, who later scored, both came on in the 86th minute, only one player came off, leaving Bayern with an extra man on the pitch for 17 seconds.

“Freiburg has decided, following intense discussions at different levels and a legal examination, to lodge an appeal against the validity of the match,” the team said in a statement.

Under league rules, such a breach of the substitutes regulations could see the result being reversed with Freiburg awarded the three points.

“To begin with, we find ourselves in a dilemma through no fault of our own,” the statement read.

“Freiburg played no part in and had no influence over the events surrounding the substitution process.

Despite this, the DFB’s legal and procedural regulations have forced us into taking an active role in having the events legally reviewed.

“We have no interest whatsoever in taking up this active role which has been given to us against our will, and feel distinctively uncomfortable in it.”

Freiburg added that one of the reasons for the appeal was to create “legal certainty in comparable cases” in the future.

“The competent sports court of the German Football Association (DFB) will first seek opinions from the parties involved in the procedure,” the DFB said in a statement.

Bayern are on course to win a 10th straight league title with a nine-point lead over second-placed Borussia Dortmund.