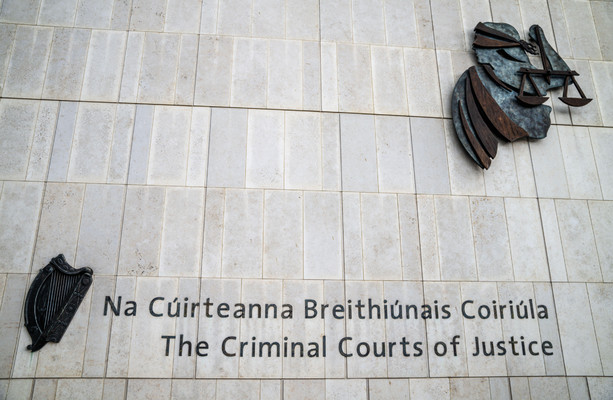 A WICKLOW MAN who sexually assaulted his best friend after she fell asleep in his house has been jailed for 15 months.

The woman described in her victim impact statement how she had trusted the man and he had “not only robbed me of a friendship but robbed me of my dignity and faith in other people”.

She said she had never done anything to make him believe they were anything more than friends.

The 41-year-old man, who cannot be identified to protect the injured party’s identity, pleaded guilty at Dublin Circuit Criminal Court to sexually assaulting the woman at his Wicklow home on 20 November 2020. He has no previous convictions.

Sentencing the man today, Judge Melanie Greally said the man’s actions represented a very severe violation of trust and there was little doubt significant harm had been caused.

She gave the man credit for his early guilty plea, cooperation, his full and frank admission of wrongdoing, and said his regret, shame and remorse was evident. She also took into account that he was now a registered sex offender.

She said she had been urged to impose a non-custodial sentence but noted that in addition to the aggravating factors and the harm caused, she had to uphold the principles of rehabilitation and personal deterrence as well as taking into account the principle of general deterrence

She imposed a sentence of 27 months and suspended the final 12 months. She ordered two years of probation, supervision and participation in the Safer Lives program.

An investigating garda told Jennifer Egan BL, prosecuting, that the man and woman would socialise at his house regularly and she considered him to be one of her best friends.

On the night in question, they had been at his house drinking together and she fell asleep on the floor as they watched a movie.

She said she awoke to find the man’s hand in her underwear with his finger inside her vagina.

She said she did not know how long it had been going on for and froze. She then left the house and there was a series of texts between the pair in which the man said he was “really sorry” and that it should not have happened.

The woman made a statement to gardai and was taken to a sexual assault treatment unit.

The accused man initially told gardai he had just touched her on the leg and behind and denied touching her vagina. He told gardai he was ashamed of himself and did not know what he was doing.

The woman told the court how she had been a bubbly and outgoing person but her trust and perception of people had plummeted after the offence and she became isolated and depressed.

“I just want to feel safe in my own bubble,” she said


She said she lashes out at those around as she is unable to process her feelings. “What you have done to my confidence and dignity is soul-destroying,” she told the man.

She said she was now proud of herself for having had the courage to speak up.

Edmund Sweetman BL, defending, handed in a number of testimonials from family members and the man’s employer into court which described him as a warm, reliable and trustworthy person.

He said the man had a strong work history but has had to change his role due to his offending.

He said this was a “tawdry and tragic offence”, as well as a breach of trust which has done great damage to the woman and himself. He said the man is also at the loss of a friendship that he had placed great value in, which he has betrayed and destroyed. He deeply regrets the offence.

He asked the court the take into account his cooperation, early guilty plea and remorse.

Mr Sweetman said this was a moment of impetuous and wrongful behaviour that has done great damage to his own and the woman’s life but asked the court to consider a non-custodial term in the particular circumstances.