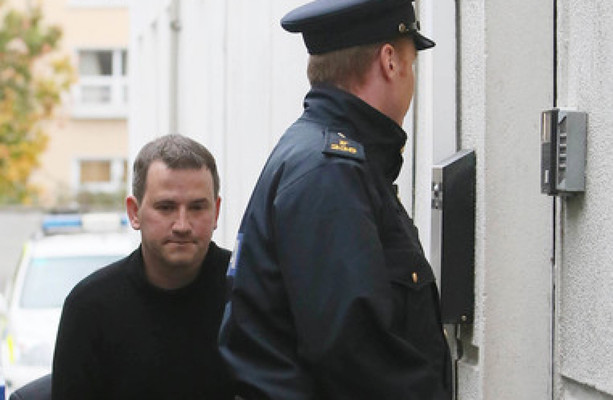 THE COURT OF Justice of the EU (CJEU) is set to deliver a ruling in a case taken by convicted murderer Graham Dwyer today.

The ruling is expected to agree with an advisory opinion given by the court’s legal advisor late last year.

Dwyer pleaded not guilty to the murder of childcare worker Elaine O’Hara in August 2012, but was convicted following a lengthy trial in March 2015 and subsequently sentenced to life in prison.

He then launched a case against the Garda Commissioner and the Minister for Communications claiming that data gathered from his phone should not have been used at his trial.

The metadata, which was generated by Dwyer’s work phone, placed the device at specific places at particular times and dates, and was crucial to his conviction of Elaine O’Hara’s murder.

The use of the data, Dwyer claimed, was unconstitutional and breached his rights under the EU Charter and the European Convention on Human Rights, including his right to privacy.

Dwyer successfully challenged the law under which his data was retained and seized in the High Court in 2018, an outcome the State appealed to the Supreme Court.

The Supreme Court then referred the State’s appeal to the European court.

The Supreme Court was obliged to refer a number of questions to the European court because the case relates to European law, specifically data retention.

Six questions, which are each quite technical, were referred by the Supreme Court to the CJEU.

They include whether a system of universal retention of certain types of metadata for a fixed period of time is never permissible irrespective of how robust any regime for allowing access to such data may be.

The issue of the proportionality of any such retention system is also being considered.

An indication of the CJEU’s findings was given last November when the court’s Advocate General Campos Sánchez-Bordona delivered an advisory opinion with regard to the case.


In his opinion, Sánchez-Bordona argued that the storage of electronic communications data must be targeted, because of the serious risk entailed by their general storage.

He said that “in any event, access to that data entails a serious interference with fundamental rights to private and family life and the protection of personal data, irrespective of the duration of the period for which access to those data is requested”.

“By permitting, for reasons going beyond those inherent in the protection of national security, the preventive, general and indiscriminate retention of traffic and location data of all subscribers for a period of two years, Irish legislation does not therefore comply with the Directive on privacy and electronic communications,” he stated in his opinion.

Moreover, access by the competent national authorities to retained data does not appear to be subject to prior review by a court or an independent authority, as required by the case-law of the court, but to the discretion of a police officer of a certain rank.

The ruling of the CJEU will have to be accepted by the Supreme Court and could have an impact on criminal convictions both here and elsewhere in the EU.

Dwyer can then use the Supreme Court’s ruling in his appeal against his conviction, which is currently before the Court of Appeal, to argue that evidence obtained from this data should not have been allowed to enter into evidence.

The Court of Appeal must then decide whether or not his conviction was dependent on the phone evidence.