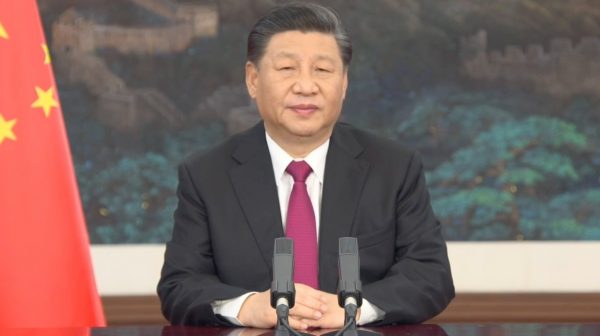 Few took it seriously when Xi Jinping first said he would consolidate control over Hong Kong. We must not make the same mistake when analyzing Xi’s plans for Taiwan.

First it was a global pandemic, now it is war in Europe. Unsurprisingly, many are asking what’s next? More than ever, eyes are turning to Taiwan.

The Russian war with Ukraine is bringing into the mainstream a conversation that China watchers have been having for many years. Is Xi Jinping going to try to settle the Taiwan question once and for all, and potentially even use military force?

Vladimir Putin’s actions have triggered serious policy thinkers to reassess their base assumptions about the capacity of authoritarian leaders to act in ways which appear irrational or unthinkable. What was once considered gamesmanship should now be considered potentially more sinister or even deadly. In the last year, brinksmanship in Taiwan’s context has stepped up to a new level. People’s Liberation Army warplanes now regularly breach Taiwan’s air defense identification zone, at times more than 100 times in just a few days. At the same time, Taiwan has invited U.S. marines to help shore up the island’s military forces. Throughout all of this, the aggressiveness of the rhetoric surrounding these issues continues to ratchet up.

It is right that the situation in Ukraine leads businesses and policymakers to take the threat of major geopolitical black swan events, like an intervention in Taiwan, more seriously. Putin’s actions provide a revealing insight into the authoritarian psyche and the kind of risks that are associated with dealing too deeply with leaders like him. But we should be careful not to read too much into how Ukraine will shape Xi’s thinking. Analysts have focused naturally on what Xi will learn from Vladimir Putin’s failures in Ukraine about the challenges of warfare and the West’s resolve. Will unified Western sanctions ward him off? Will the failures of Russia’s military to succeed in their initial blitzkrieg attack on Ukraine discourage him? Will the Chinese rally behind Ukraine in its bid for national self-determination and the policy of non-interference, or will state propaganda stoke anti-NATO nationalism further?

But these questions have little bearing on what happens in Taiwan. The Americans have been threatening to use their control of SWIFT dollar clearance for several years in the case of a conflict in Taiwan, and China’s military circumstances are profoundly different. Xi is likely to calculate that nothing has changed. War in Taiwan would lead to economic decoupling and a profound global economic shock, but risk analysts in Beijing will have already factored this in. Putin’s actions have little bearing on a Taiwan conflict other than to confirm that the West is willing to use its economic leverage as an alternative to outright military intervention.

A better point of comparison for understanding Taiwan’s future is found in the other great crisis of recent years, the suffocation of Hong Kong’s freedoms and rapid deterioration of the city’s political situation. Hong Kong is a canary in the coal mine, which reveals an alarming amount about Xi Jinping’s approach to geopolitics and worldview. In our view, the key lesson that can be learnt from considering Hong Kong is this: We must all take Xi Jinping’s words seriously and should not underestimate the influence of Chinese nationalism on his foreign and domestic priorities.

Putin’s war has shown us that what seems rational to an authoritarian leader – even under the demands of realpolitik – can differ from what outsiders would imagine is rational and in Russia’s (or China’s) best interests in the long run. Hong Kong shows that the same is true of Xi. In 2014, a Beijing state White Paper announced Xi’s intention to exercise “comprehensive jurisdiction” in Hong Kong in ways that would compromise the city’s autonomy. Complacent outsiders saw that this course of action was not in China’s economic self-interest and therefore wrote off the possibility that it would translate into the end of “one country, two systems” or mark a turning point. It would not be rational, they said. It would compromise Hong Kong’s economic value to China.

Fast-forward to 2021, and Xi Jinping has rounded up the entire democratic opposition – leaving colleagues and friends of ours with the choice between jail or exile. “Comprehensive jurisdiction” is in place. “One country, two systems” is at an end.

Of course, this will have economic ramifications, but the crucial insight that is revealed by Beijing’s actions in Hong Kong is that the economy no longer dictates Xi’s priorities. He is, first and foremost, concerned about his legitimacy at home politically and the long-term rule of the Chinese Communist Party. For Deng Xiaoping, the social contract with the Chinese people was that he would make them rich. For Xi Jinping, the bargain is that he will make them proud – proud of their nation, proud of the Communist Party. His China Dream – the ambitions he has laid out and his contract with the Chinese people – is that China will be a world-leading power and that the Taiwan issue will not be left to the next generation.

Skeptics will say that the costs of ramping up the pressure on Taiwan would be too high, and he would never rationally pursue that course of action. But Xi’s behavior in Hong Kong should carry with it one key lesson: take the man at his word. If Putin’s actions in Ukraine woke us up to the potential irrationality of authoritarian leaders, Xi’s actions in Hong Kong should wake the world up to the fact that he means what he says. The risks – for Taiwan and global geopolitics – must be taken seriously.