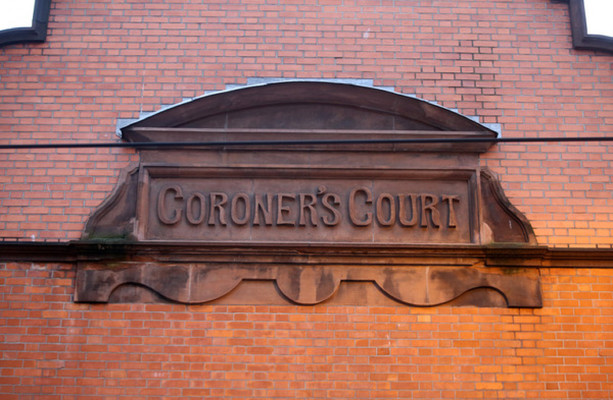 Lawyers for the parents of a baby boy who died three days after suffering complications at his birth at MUH in 2018 claimed his death was avoidable if he had been delivered as originally planned at 36 weeks gestation.

A hearing by Dublin District Coroner’s Court into the death of baby Cian Hunt was told the boy’s mother had already experienced the loss of two stillborn babies in similar circumstances.

In closing legal submissions at the inquest today, counsel for Hunt family, Sara Antoniotti BL, said the little boy would not have died if he had been delivered at 36 weeks.

Cian died in his parents’ arms at the Coombe Hospital in Dublin on 6 October 2018 as a result of a lack of supply of blood and oxygen to his brain and multi-organ failure which arose from a placental abruption that occurred at or around the time of his birth.

He had been transferred from MUH shortly after his birth three days earlier by Air Corps helicopter to receive specialist treatment to reduce swelling of his brain.

The inquest heard that Cian’s mother, Breda Hunt of Rathnagussane, Kilmovee, Co Mayo, was considered a high-risk patient because of the deaths of two perfectly-formed babies in 2014 and 2016.

A former master of the Rotunda Hospital in Dublin, Peter McKenna, who was called as an independent expert witness, told the inquest on Monday that there was “a real and well-anticipated risk” that Ms Hunt could experience a recurrence of a placental abruption which had caused the stillbirth of her son, David, in 2016.

Dr McKenna also said persistent attempts by doctors for Ms Hunt to have a natural delivery were “inappropriate.”

Returning a verdict of medical misadventure, the coroner, Myra Cullinane, said Cian’s death was a “very tragic case” and “the unintended outcome of intended actions in a medical environment.”

Although a placental abruption was a naturally occurring condition, Dr Cullinane said a verdict of death by natural causes would not sufficiently reflect how the baby died.

The coroner stressed that her verdict should not be interpreted as blaming or criticising anyone and should not be regarded as a finding on any issue that might relate to civil liability.

Dr Cullinane said the case highlighted the importance of documented medical records due to the unavailability of a key witness, Murtada Mohamed – the consultant obstetrician responsible for Ms Hunt’s care.

While the coroner said she would not make any recommendations that related to the particular circumstances of Cian’s death, she said she would ask relevant authorities to consider formalising ongoing foetal monitoring in the period before a Caesarean section following a failed induced labour.

In her closing submission earlier, Ms Antoniotti said the circumstances of baby Cian’s death was “an unusual and rare” case.

However, she said MUH accepted that Ms Hunt’s latest pregnancy would need to be managed because of her past history with pregnancy.

The barrister said the only known management was early intervention by medical staff before Ms Hunt reached full term “to avoid the same thing happening a third time.”

Ms Antoniotti observed that the pregnancy required early planning and a need to explain the risks.

However, she said the plan of care for Ms Hunt was “far from clear.”

Urging the coroner, Myra Cullinane to return a verdict of medical misadventure, Ms Antoniotti said MUH staff had initially decided that Ms Hunt’s baby would be delivered at 36 weeks by Caesarean section.

She pointed out that an active decision was taken subsequently to change the plan and to prolong the pregnancy, although it was never discussed with Ms Hunt even during the nine days she was in hospital before labour was induced.

Another decision that resulted in the baby not being delivered for over a week after her 36th week resulted in “the third death of a perfectly healthy baby”, said Ms Antoniotti.

She pointed out that Ms Hunt had labour induced for 18 hours without any progress, while there was a further delay of six hours before a Caesarean section was performed.

No explanation had been provided for the delay by Dr Mohamed, she added.

Although she acknowledged that the actions of medical staff at MUH were well-intentioned, the barrister said such a consideration was irrelevant when it came to a verdict.

Counsel for MUH, Luán Ó Braonáin SC, said the facts of the case meant a verdict of death by natural causes was appropriate, or alternatively a narrative verdict.

“There was no medical act which resulted in Cian’s death,” said Mr Ó Braonáin.

He said the baby had died from an “acute, unpredictable event.”

Mr Ó Braonáin also criticised media reports of the inquest over the failure to point out that the views of the expert witness, Dr McKenna, were formed “with the benefit of hindsight.”

He claimed counsel for the Hunt family had sought to blame the hospital for Cian’s death while media reports could make the public form the impression of “things being done wrong” at MUH.

Mr Ó Braonáin said adopting recommendations made by Dr McKenna were not necessary due to changes already implemented by MUH and there was a danger that if they were endorsed by the coroner they could send out a message that there was some kind of failure by the hospital.

He noted the Saolta hospital group, which runs MUH, had been praised for its proactive implementation of the National Maternity Strategy.

Speaking after the hearing, Ms Hunt said her family were comforted by knowing changes had been made at MUH following Cian’s death and she expressed hope that no other family would suffer the tragic loss of a baby in similar circumstances.

“We welcome the verdict of medical misadventure but it’s not going to bring our son, Cian, back and it will not make our grief any less. Nothing will replace Cian or mend our broken hearts on the devastation of losing a third child,” said Ms Hunt.