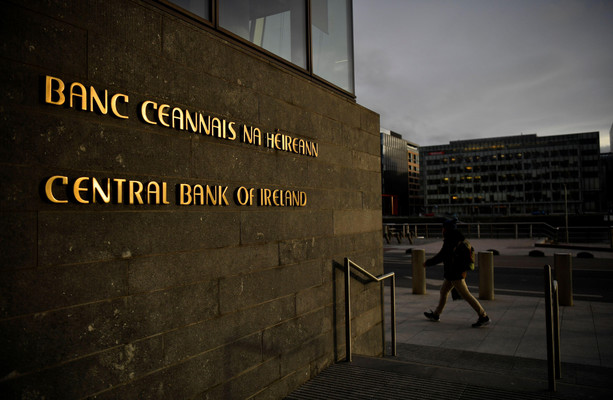 CAREFUL MANAGEMENT OF Ireland’s public finances will be required over the coming months as the economy deals with spillover from the war in Ukraine and soaring prices, the Central Bank of Ireland has said.

Wages are set to grow in 2022 as the unemployment rate continues to decline following the pandemic.

But with prices continuing on an upward trajectory, “real” household income — a measure that factors in the rate of inflation — is expected to fall this year for the first time since 2013, according to the Central Bank of Ireland’s latest economic forecasts — its first set since the invasion of Ukraine.

The pace of growth is unlikely to keep up with soaring prices, according to the forecasts, although “broad-based” wage growth is anticipated.

It means “wages are projected to decline this year in real terms”, the Central Bank said, in line with recent analysis by the Economic and Social Research Institute.

The overall outlook is broadly positive, however. The economy is expected to continue to recover ground lost during the pandemic this year, the Central Bank said in its latest Quarterly Economic Bulletin of 2022.

The public finances are also “well-positioned to address the most immediate needs arising from the conflict in Ukraine, including the necessary humanitarian response for those displaced by the war”, the report highlights.

But the war is expected to “weigh” on external trade and overall growth while fuelling “strong” energy price inflation this year that could also drag down consumer spending.

Although the Irish economy is still set to grow this year, it will likely be at a slower pace than the forecasters had anticipated in the last bulletin, published in late January.

The Central Bank has now shaved 2.7 percentage points off its expectations for Irish headline growth this year with Gross Domestic Product (GDP) expected to expand by 6.1% in 2022.

The domestic economy, as measured by modified domestic demand — a metric of domestic activity that strips out the distorting impact of multinational companies operating in Ireland — will also grow this year, but by 4.8% instead of 6% as previously forecast, the Central Bank said.

But inflation is also now expected to remain higher for longer than expected with the war in Ukraine and Western sanctions pushing up global energy prices.

Consumer prices inflation could peak at 8% this year and average out at 6.5% for the whole of 2022, the Central Bank said.

However, the report’s authors note that the experience of inflation is “not uniform across the economy”.

“Cost of living increases from higher food and energy prices tend to be larger for lower-income, older and rural households, who typically spend more of their weekly outgoings on these products,” the report highlights.

“As price increases are concentrated in goods and services that are more difficult to substitute or to avoid consuming, the reduction in real incomes expected for the Irish household sector this year will likely lead to lower consumption growth than previously expected.”

Against this backdrop, “targeted and temporary” Government policies aimed at cushioning vulnerable households from sharply inclining prices are appropriate, the Central Bank said.

“The outlook generally remains favourable, and I think that is important to emphasise,” said Mark Cassidy, Director of Economics and Statistics at the Central Bank,

“But clearly the economic effects of the invasion of Ukraine have added considerable uncertainty and they will undoubtedly weigh on growth and real incomes over the coming year.”