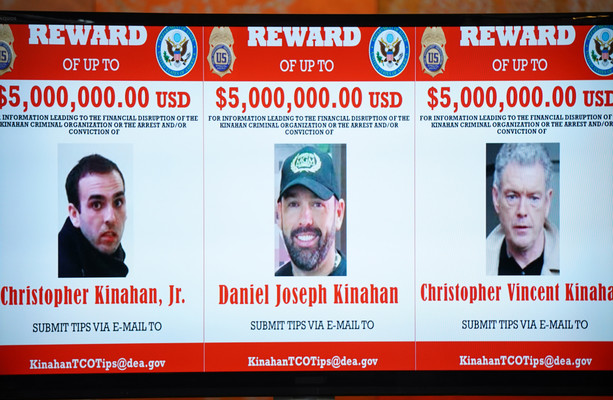 A NEW EU group could be set up to crack down on “dirty money” in light of new sanctions on the Kinahan drug cartel, European Commissioner Mairead McGuinness has said.

The US government this week imposed sanctions on the three most senior members of the Kinahan organised crime group and offered a reward of up to $5 million each for any information leading to their arrest or financial disruption of the gang.

McGuinness told reporters today that there is now a proposal with the European Parliament and Council to “go much further than we’ve done” in establishing an authority at EU level to address issues of money laundering.

“We need to tackle it, not just for the money part, which is horrific, that we have dirty money in the system, but the attack on communities, on people, on families’ which are impacted by the Kinahan gang, she said.

She said there is a “political push” for the European Parliament to go further.

“So we may well see that this authority has more responsibility around sanctions, because dirty money doesn’t respect borders. A European and indeed a global response is necessary,” she said.

She added that the European Commission is not discussing sanctions against the UAE.

“I presume those who are involved in law enforcement will look at that and see where there is circumvention,” she said.

McGuinness said she was struck listening to the radio yesterday where women spoke about “their hopes for their children which were dashed because they’ve gotten involved in drugs and they couldn’t pull themselves away from it”.

“Really, when you think of those horrors, and the dirty money behind it, there should be no hiding,” she said. 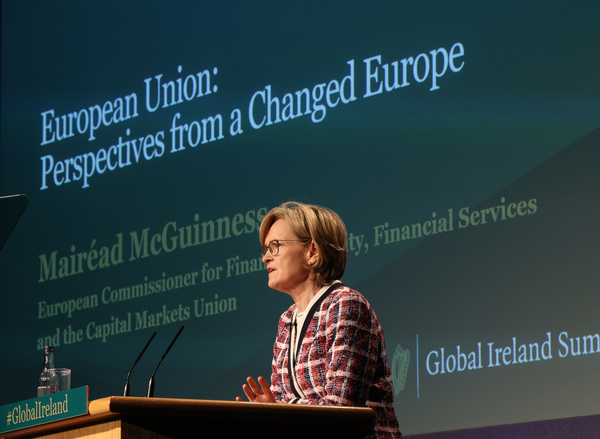 Minister of State for European Affairs Thomas Byrne told reporters at the Global Ireland Summit in Dublin today that a “strong” message has been sent to Dubai following the coordinated response between the US, Ireland and the EU.


He said Foreign Affairs Minister Simon Coveney has ongoing discussions with his counterparts in Dubai and the UAE when it comes to international cooperation surrounding international crime.

This has now “reached the highest levels internationally” in terms of the consequences it will have on people working with the Kinahan gang.

At this point, people “really need to think twice”, he said.

“This is a very dangerous setup. And there’s huge risks… People see boxing careers ahead of them. There are other ways to get a boxing career,” he added.