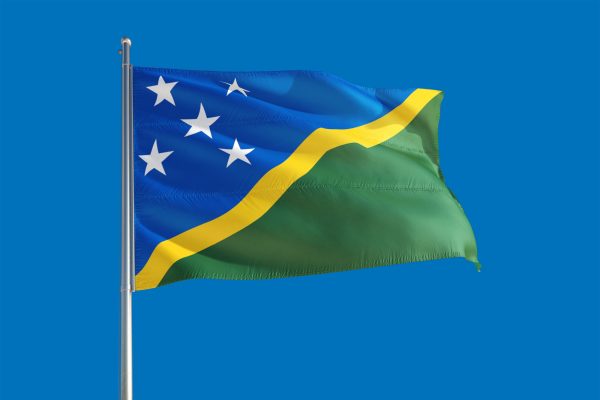 The United States must do more than “be visible” in Solomon Islands; it must actually make a difference in people’s lives.

The China-Solomon Islands security agreement has certainly put the small island nation of Solomon Islands at the center of U.S. geopolitical concerns. Dispatching White House Indo-Pacific czar Kurt Campbell and current Assistant Secretary for East Asia Pacific Affairs Daniel Kritenbrink to Honiara in order to meet with Prime Minister Manasseh Sogovare will likely do little to change the trajectory of current China-Solomon Islands relations, however. To be effective they must travel to Guadalcanal prepared to offer a new paradigm for U.S. engagement.

The United States has been slow, painfully slow, in recognizing the need to engage with the government and the people of Solomon Islands. I have been traveling to Solomon Islands for 18 years. My first trip to Honiara was due to family history; my mother’s brother was lost at sea during the Battle of Savo Island. While World War II history might have brought me to the country it is the people, the beauty, and the challenges they currently face that keeps me working there.

For far too long the United States has held Solomon Islands at arm’s length. U.S. relations have and continue to ride on our shared 80-year-old history with the country. And while I respect the sacrifices made during WWII, including my own family’s, we must adopt a new, modern relationship with the people of Solomon Islands. History alone will not forge a meaningful friendship, nor will it counter the increased presence of China.

The U.S. reopening an embassy in Honiara is the first step. But it raises many questions. Who will be the ambassador to Solomon Islands? Will it be a naïve political appointee? A seasoned State Department representative? Or maybe someone who knows the country and its people first-hand, so that meaningful U.S. development partnerships are crafted with guidance from the Solomon Islands people? The decision on who will guide the U.S. presence in Honiara depends upon how committed the United States is to deepening relations with Solomon Islands.

There are numerous areas where the U.S. can team up with Australia, New Zealand, and Japan to make a real difference in Solomon Islands. Healthcare development is one of them. Over the past decade as Solomon Islands government representatives have built wealth by making deals with favorite nations, the spending on healthcare has decreased. The World Bank reports the percentage of the nation’s GDP applied to healthcare has decreased by 43 percent since 2010. This is in contrast to an average population growth rate of 2.6 percent annually. Funding cuts to healthcare made the delivery of a National Health System more challenging for the 157 doctors working in a country made up of hundreds of islands. It has resulted in frustration as shortages in supplies, especially to outer islands, make delivering care more difficult.

During the recent COVID-19 surge the National Referral Hospital, the country’s main hospital, was unable to provide critical care services as there is no ICU and a very limited number of ventilators. There were no therapeutics such as monoclonal antibodies or antiviral medications available to doctors in order to treat people infected with COVID-19.

Addressing these healthcare issues in partnership with Solomon Island doctors, nurses and the Ministry of Health will do more for U.S. diplomatic relations than building an embassy in Honiara or any other diplomacy scheme. Improving healthcare delivers U.S. relations and goodwill directly to the people of Solomon Islands. A multinational partnership approach can garner strength and sustainability while improving the health of Solomon Islands people.

The United States can no longer rely on our shared WWII history with Solomon Islands as a way to counter China’s influence. This approach has failed. It is high time for the U.S. to consider upping its involvement in order to speak directly to the 686,878 people living in Solomon Islands, for it is the people who will determine their country’s future.