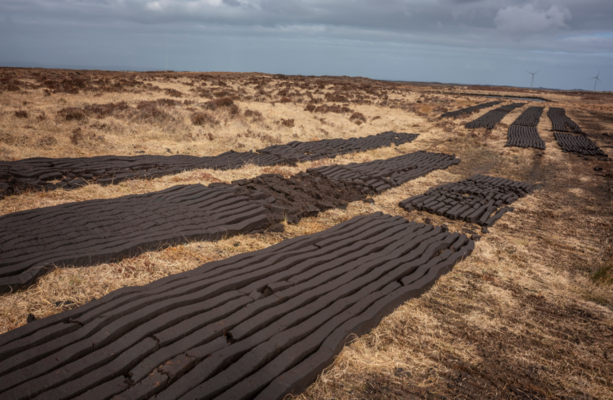 THERE HAS BEEN no pause on plans to regulate the sale and distribution of turf from September, ministers have confirmed after comments to the contrary from the Tánaiste last night.

The new regulations would not prevent people who own part of a bog to cut and burn turf but would impact the sale and distribution of the fossil fuel. It’s a measure aimed to improve air quality and reduce emissions.

Leo Varadkar told Fine Gael TDs that the regulations set to come in later this year have been paused, but this has been denied this morning.

The Tánaiste said removing turf cutting from rural Ireland is like removing wine from the French or pasta from the Italians, according to sources.

Environment Minister Eamon Ryan said this measure has been talked about for years and “we would have a problem” if it was further delayed.

“We went to public consultation last September and we’re very open and transparent about this,” he told Newstalk Breakfast.

“We have a serious problem with air pollution.”

The European Environment Agency estimates that 1,300 people each year in Ireland die prematurely from air pollution caused in part by the burning of solid fuels such as poor quality turf and smoky coal.

The minister emphasised that turf will still be burned when the ban takes effect.

“If someone has their own turf, and the majority of people burning turf at home have it from their own rights and that’s not going to change. No one’s stopping that.”

Finance Minister Paschal Donohoe said a proposal about this regulation will be brought forward to government after the Easter break.

“We absolutely within Fine Gael fully appreciate the imperative to make our air cleaner,” he told RTÉ radio’s Morning Ireland.

It is also the case that this is matter of concern to many within my party for economic [reasons], and also recognising the importance of turf from a cultural point of view or what that could mean for many families and businesses.

“We will engage within government on this matter and work our way through it.”

In response to a PQ from Fine Gael TD Brendan Griffin earlier this month, Minister Ryan said there won’t be a ban on the cutting or burning of turf.

“A regulatory provision will be made to prohibit the placing on the market, sale or distribution of sod peat,” Ryan said.

“This approach will facilitate those with turbary rights to continue to cut and burn sod peat for their own domestic purposes, while also reducing the use of sod peat in urban areas.”


He said turf cutting by people to burn in their own homes is a “traditional activity across many peatlands”.

“While measures are required to reduce the emissions associated with burning peat, these traditions will be respected,” the minister added.

Households that don’t own a portion of a bog but still depend on turf for fuel “have to deserve the same compassion, Fianna Fáil TD Barry Cowan said.

“Minister Ryan’s proposal doesn’t necessarily make that distinction, and it should and has to,” he told RTÉ radio’s Morning Ireland.

“Whatever about the sale in retail outlets or in filling stations etc, or the side of the road. I have no problem per se, but it’s those households and those cutters that must be accommodated and not cut adrift.

He said these households should be permitted to buy turf “notwithstanding the fact that it’s a diminishing practice”.

But he said the ban “cannot” go ahead as Ryan has set out.

“I’ve had representations and calls from many people, sons, daughters, grandchildren of elderly, vulnerable people who should not be put in this predicament and must be accommodated, must be respected and must be appreciated.”