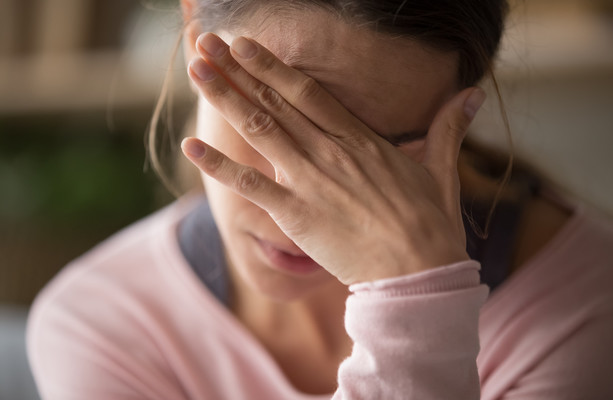 A NEW SUPPORT pathway for patients with headaches or migraines is to be rolled out across ten sites nationally, following a successful pilot that reduced the number of repeat visits patients had to make to hospitals.

The pilot, which was carried out in three neurology centres in Galway University Hospital, Tallaght University Hospital and St James’s Hospital in Dublin, joined up several services across hospital, community and voluntary sectors to streamline treatment and support options for patients.

The pilot also partnered with the Migraine Association of Ireland to include additional services such as peer support groups and assistance with self-care and long-term management of symptoms.

According to the Migraine Association of Ireland, migraine is the most common neurological condition in the world, affecting about 12% to 15% of people. It is three times more common in women than it is in men and is usually inherited. While some people experience just one or two attacks per year, others suffer on a weekly or more regular basis and an attack can last from four to 72 hours.

Niamh McGrenra was one of the patients who took part in the pilot. The 23-year-old has had a constant headache since she was 17.

“It comes and goes in waves of intensity,” she told The Journal. “Sometimes it’s got to the point where I don’t notice it but then when I think about it I know my head is sore, it’s just been so long it’s normal now. I get migraines as well, it’s always a battle when those happen but thankfully I don’t get the migraines as often.”

When she first started experiencing headaches she was in 5th year in secondary school and she said her doctor suspected it may be stress related to preparation for the Leaving Certificate. For around a year she tried various different medications to manage the issue.

“I kept headache diaries to track what effects that had and there was varying success. Some did dull the headaches but then they would make me sad or hurt my stomach, so nothing really helped at all. I got an MRI and nothing came up to show that there was anything abnormal.”

McGrenra said she was seen by a neurologist in July 2021 who referred her to a clinical psychologist, Dr Alison Byrne, through this new pilot in Galway University Hospital.

“Meeting Alison was the number one thing for me, it opened up my eyes to things I hadn’t considered and I’m still seeing her now, for me it’s really helpful,” she said.

“I also met other people through the Migraine Association and that gives you a sense of community, like there’s someone else who wants to go out one night and at the last minute had to say ‘I just can’t go’.

The guilt of that and the frustration of people not understanding it’s a chronic condition can be so bad and I’d never met anyone else with headache problems as bad as mine so it’s really nice to know you’re not alone.

“In the groups a big focus is on listening to your body more, don’t power through something even if it’s something you have to do because your body is saying stop, you need to take some time to recoup and get yourself back to 100%. That’s definitely something I didn’t do but I know now that it’s better in the longrun.”

The 23-year-old said she has found that working on the way she thinks about her condition has helped her to manage it.

“I did go through a sad phase, this is a debilitating chronic illness, but sometimes you have to prop yourself up and say you can either stay in bed all day with a sore head or go out and get that coffee, or whatever,” she said. “Now there are still some days where I just have to stay in bed because it’s so bad, but I tell myself I’m not going to let it defeat me.”

Through the new service to be rolled out across ten sites, GPs will be able to refer patients to a multidisciplinary specialist headache team.

The team will then work out a clinical care plan with the patient and can also refer them for additional supports provided by the Migraine Association of Ireland. The pilot has already reduced the number of repeat visits patients need to make to hospitals – in Galway 171 patients attended the headache/migraine clinic and only two return appointments were made.

Professor Orla Hardiman, HSE National Clinical Head in Neurology, said this type of joined up pathway of services is a game-changer in the management of headaches and migraines.

She said between 25 and 30% of referrals to neurology services nationally are related to headaches or migraines and these symptoms are among the top ten reasons for referrals to Emergency Departments.


“Some people suffer in silence and there’s quite a lot of ill health related to migraines,” Professor Hardiman said. “The Migraine Association of Ireland has done work that shows a loss of productive days due to migraine and there’s a relationship between poorly controlled migraine and mood, people can become a bit depressed.”

She said the purpose of the pilot was to look at how this chronic condition could be addressed in an “agile and efficient” way.

“We want to help people to have a better quality of life and equip them with the tools they need to self-care and manage their headaches,” she said.

“So this expedites a proper diagnosis for people but it also aims to reduce the difficulties we have with with waiting lists because those headache and migraine referrals make up a substantial proportion or the overall referrals to neurology.”

The pilot was funded through Slaintecare and involved specialist nurses who were trained in the management of migraine, which Professor Hardiman said has been key to the success of the pilot.

“That has really helped, as well as the link with the association and there was a psychologist on each site to help manage the uncertainty that headaches can cause,” she said.

Hardiman said people who are suffering with this chronic condition should know that there is help available and, in addition to this new service, new treatments are continuing to be made available.

“There are some new treatments now, a whole new class of drugs has come out, those are injections and they work really well, but they are expensive,” she said.

“Sometimes people with headaches are not taking their medication as frequently as they should or they have side effects from them so they stop taking them. The pathway is able to address these kinds of things, a nurse will be there for them to provide support and education for the person.”

Hardiman advised anyone who is experiencing these kinds of symptoms to go to their GP, who will be able to direct them to additional supports.