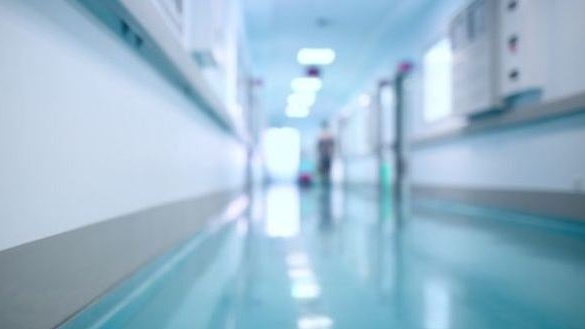 A care worker who suffered a back injury when she was transferred to a more physically demanding job because her hearing aid meant she could no longer take on night duties has been awarded €30,000 in compensation for discrimination.

Neither the worker nor the employer, a national organisation providing residential care to people with intellectual disabilities, can be named by order of a Workplace Relations Commission adjudicating officer, who anonymised the decision published on Friday.

Siptu organiser Andrea Cleere appeared for the care worker in the case.

She said the woman was a “committed and loyal employee” who had worked for the disability service since 1998.

The commission heard the complainant has a binaural deafness, which requires her to use a hearing device which she can’t wear in bed – and therefore could not work overnight shifts at the centre without having a colleague with her in case she missed a resident calling for assistance.

Her employer accommodated her by not rostering her for overnight duties, Ms Cleere said.

The complainant also suffered a fractured spine in 2017 and a fractured hip the following year, had her hip replaced and was diagnosed with osteoporosis.

Both times, she made a good recovery and returned to work.

But in February 2019, she was phoned by a manager to tell her she was being moved to another work location.

The complainant’s evidence was that when she objected to the move and asked to know why, the manager said it was “because she could not work nights”.

The service users at the second location “required a high level of physical support, which required the use of heavy wheelchairs [and] large hoists”, Ms Cleere said.

The worker also expressed concern about behavioural issues and raised the risk of her hearing aid being dislodged by a resident.

This caused “significant difficulty” for the worker who began to “suffer with her back” for the first time since her injury, and she was certified unfit for work on April 5th, 2019.

An occupational health assessment later that month by Medmark said she was fit to go back to work, but advised a full risk assessment and fresh manual handling training for the worker.

“A move to a less physically challenging position may be beneficial to her general wellbeing going forward if this can be accommodated,” the Medmark report added.

On May 10th, 2019 the worker formally requested reasonable accommodation be provided to her, and she met managers from the service in September that year.

Ms Cleere said that meeting was “devastating” for her client because she was told there was “no role for her within the service”, and she lodged a grievance.

Only at this point was a risk assessment carried out, some five months after it was first recommended by Medmark, Ms Cleere said, adding: “this only occurred after a formal grievance was lodged”.

Following a review in January 2020, the complainant went back to work the following month at another location, Ms Cleere added.

She said her client had been treated “appallingly” by her employer all through 2019.

“In line with changing staffing needs, staff can be moved at any time to cover staff absence,” said Muireann McEnery, an Ibec employer relations executive who defended the claim for the disability service.

She said the employer felt the second site “was the ideal location to accommodate the claimant’s needs/restrictions and there was also a significant staffing need there which also needed to be filled”.

It was the employer’s position that both an internal review and one done by external consultants had found there was no unit in the organisation suitable for the worker, Ms McEnery said, adding that there was a mobility clause in her contract allowing for a move at any time.

She said this was explained to the claimant and her trade union rep at a meeting in January 2020.

She said her client denied “any assertions of discriminatory treatment”.

Adjudicating officer Gaye Cunningham said the evidence presented on behalf of the employer suggested the care worker had been moved because of a “chain of events” but that it was not clear what that chain of events was.

Nor was there evidence of any other staff being moved at the same time, she said.

She took note of the complainant’s evidence that she was told it was because she could not work nights.

“At the material time a hypothetical comparator without a disability was required to undertake a range of duties that were fully within their physical capacity, Ms Cunningham said.

“In contrast, in requiring the complainant to undertake the same range of duties, she was required to undertake duties beyond her physical capacity as a condition of continuing in employment,” she added, and ruled the worker had established a prima facie case.

“Justice requires the person with a disability be given a chance to make a case that they could perform the function required of them if reasonable accommodation were made for them,” she said.

“The respondent knew clearly at least since the May [2019] medical report that tasks such as frequent bending, lifting etc would be difficult for the complainant,” she added

She said there had been a failure to consult with the employee after she lodged a grievance, which amounted to a “flaw in the investigation” which prevented her from making her case.

Ms Cunningham ruled the service discriminated against the worker “through less favourable treatment of her and failure to provide reasonable accommodation”.

She ordered the disability service to pay its employee €30,000 in compensation.