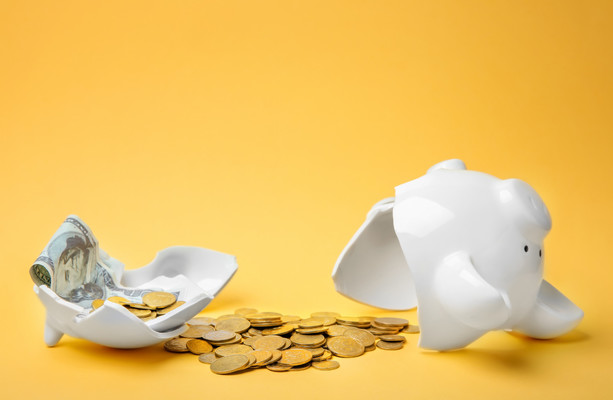 CUSTOMERS TWO MAJOR banks that are set to leave the Irish market do not need to panic and will have time to sort out new banking arrangements, consumer experts say.

But affected customers are being urged to “take action” as soon as possible to avoid any mishaps.

As announced last year, Ulster Bank and KBC Bank are currently in the process of winding down their Irish operations.

NatWest-owned Ulster confirmed this week that it has sent the first round of letters to some of its 900,000 current and deposit account customers, giving them six months’ notice to find a new service provider, switch over and close their old accounts.

Also this week, KBC Ireland announced that it will start the process of writing to 130,000 current account customers from June. They will have 90 days from the date they receive an initial communication from the bank, the Belgian-owned lender said.

But concerns have been raised in recent months about the scale of the logistical challenge, which has been described as “unprecedented” by the Banking and Payments Federation of Ireland.

Among other things, customers switching banks may need to individually transfer over all of their existing direct debits, standing orders and subscriptions to their new account provider, industry sources say.

Even if customers choose to use the Central Bank of Ireland’s Switching Code — a system designed to make it easier to switch accounts — many companies will only take instructions from account-holders for data protection reasons.

Concerns have also been raised that the remaining banks — chiefly Bank of Ireland, AIB and Permanent TSB — are ill-prepared for the logistical challenge associated with accepting over one million new customers.

The Financial Services Union (FSU) meanwhile, has said that due to cutbacks in recent years and a failure to “staff up” to deal with the influx of new customers, consumers are facing long waits for appointments with local bank branches.

In a worst-case scenario, customers could be left “unbanked”, FSU general secretary John O’Connell told The Journal recently, if they close their existing accounts with one of the outgoing banks, only to be left waiting to open an account with a new provider due to delays.

Officials at the Central Bank of Ireland, which has direct responsibility for regulating the banks and for enforcing the Consumer Protection Code within the financial sector, have expressed some misgivings in recent weeks.

Last month, the Central Bank’s Director of Consumer Protection Colm Kincaid said the banks are “not where they need to be” in their preparations.

But while the Central Bank is chiefly responsible for managing the changeover from a regulatory perspective, the Competition and Consumer Protection Commission (CCPC) is focused on informing consumers about their options.

Speaking to The Journal this week, Grainne Griffin, Director of Communications at CCPC said there is no need for Ulster Bank or KBC customers to panic.

She said the most important thing for consumers to do before switching is to work out their banking requirements.

“People really need to think about how important is it for them to have a branch that they can walk into. Do they have a lot of direct debits and subscriptions? How much does it matter that they have the ability to cash a check? All of those various things,” she said.

“There’s actually a bit of work that goes into getting a handle on all of that.”

Once they have a clearer sense of their needs, consumers can compare the account services offered and the prices charged by various banks through the Money Tool function on the CCPC website, she said.

Personal financial consultant and author of How to Make Your Money Work Eoin McGee is also urging affected customers not to “sit on their hands”.


KBC and Ulster both reminded customers this week that they do not have to wait for an email or a letter from their bank to get the ball rolling on switching their accounts.

Speaking to The Journal McGee said, “Originally when this all started, I would have said sit and wait and see what happens.

But that isn’t an option anymore. It’s time to actually take action. You have got six months with Ulster Bank and three months from June to the end of September with KBC. So you do still have time but I would start shopping around now.

“The only way you will end up unbanked is if you sit around and do nothing,” he added.

Once customers engage with their old bank, it should be easy to identify any direct debits or standing orders that need customer permission before being transferred over, McGee said.

“But my warning is that when you’re doing it, be diligent,” he said.

Your old bank will definitely give you a list of all the direct debits that are coming out of your account. But make sure that on the first of the month, firstly that your new account is funded with money. Then I would literally have a piece of paper somewhere on the back of the fridge and tick off each of the direct debits and standing orders — ‘Yes, that came out on time but that didn’t’.

“Remember, if you miss a direct debit let’s say for a loan or something, if you still catch it up in the same month, it shouldn’t affect your credit in any way,” McGee added.

Separately, a spokesperson for the Central Bank told The Journal this week: “This is a priority issue for the Central Bank. Since last year we have had a dedicated programme of work and engagement in place on all issues arising from the planned withdrawal by KBC Ireland and Ulster Bank, including account switching activity.

“This is supported by teams working across the Central Bank and with industry representatives to ensure that all banks and their respective boards are identifying, managing and mitigating the risks that may arise from the withdrawals both from the perspective of the acquiring and departing institutions.”

The spokesperson added: “Our primary focus at this time is that customers are supported and provided with consistent and early information to allow them enough time to make alternative banking arrangements.

“We have set out our expectations of how banks should treat their customers during this period of unprecedented change. We are closely monitoring compliance with the expectations we have set and we are prepared to intervene further, if necessary, should this transition not proceed in line with those expectations.”