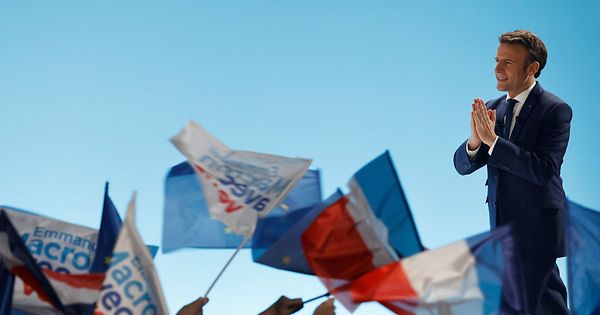 French leader Emmanuel Macron said he would support a pay cap for chief executive officers in a bid to woo left-wing voters ahead of the second round of the presidential election.

In a radio interview Friday, Macron joined criticism by the left against the decision by carmaker Stellantis NV to pay CEO Carlos Tavares €19.2 million in 2021.

The comments came as both Macron and Le Pen are eyeing the 7.7 million people who backed far-left veteran Jean-Luc Melenchon in Sunday’s first round. Purchasing power is a top priority for French voters, polls say. The war in Ukraine is exacerbating inflation on energy and food.