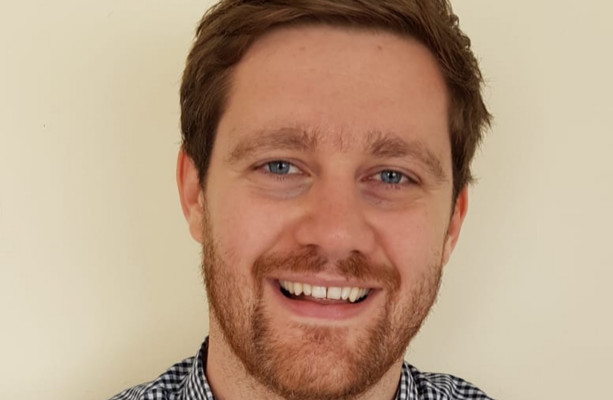 IT’S TRUE TO say that the best stories are often found accidently.

This is certainly true of a story that led me to write a new book about Ireland’s secret war.

The book – Ireland’s Secret War: Dan Bryan, G2 and the Lost Tapes that reveal the hunt for Ireland’s Nazi Spies – is a sequel of sorts to my 2018 book Codebreaker: The Untold Story of Richard Hayes, the Dublin Librarian who Helped Turn the Tide of World War II. I felt very strongly when writing that book that it was important to tell Dr Hayes’s story, which had been sadly neglected in the historical record of World War II in Ireland.

Hayes had done amazing deeds for the country and was instrumental in breaking a number of German codes during the war. While he was celebrated in the intelligence communities for his achievements in cryptography, he was less esteemed in Ireland, where he is probably better known as an academic and librarian. His book Manuscript Sources for the History of Irish Civilisation is still consulted widely by historians and researchers alike.

My book was largely built on the 2017 radio documentary Richard Hayes: Nazi Codebreaker, broadcast on RTÉ Radio 1’s multi-award-winning Documentary on One slot. The press coverage that followed the book’s publication led to numerous offers of TV projects and film scripts inspired by Hayes’s story.

Naturally this piqued my curiosity as to whether there might be film footage or audio tapes of Hayes and Dan Bryan (whose name came up repeatedly during my research on Hayes – indeed, in truth you can’t separate one man from the other), perhaps in a private collection that had hitherto lain undiscovered.

While there is some material in RTÉ’s television and radio archives of both men, in which they mostly talked about other topics – Hayes on Islamic art and Bryan on the War of Independence – material on World War II was thin on the ground.

The Shamrock and the Swastika

This got me thinking about a book I had consulted while writing Codebreaker. The Shamrock and the Swastika, a ground-breaking study of German espionage in neutral Ireland during the Emergency, was written by Professor Carolle J Carter of San José State University in northern California, who carried out the research for it between 1970 and 1973.

The book had its genesis in Prof Carter’s master’s thesis, which she carried out under the supervision of Professor Charles B Burdick, one of the foremost authorities on World War II and the author of 10 books on the subject, as well as numerous scholarly articles and book chapters. He is still regarded as a pioneering historian on the history of the German High Command throughout the war.

After much research online I discovered that there was a large archive at San José State University, named, in the professor’s memory, the Burdick Military History Project. I was aware that Prof Carter’s book had been mainly written using personal interviews she had carried out with Dan Bryan and Dr Hayes during the early 70s while on a research trip to Dublin.

Was it possible that Carter’s audio tapes, recorded so many years before, still existed? I decided to contact San José State University directly. After navigating my way around the college switchboard, I was advised to put my request in writing to Dr Jonathan Roth, who today presides over the Burdick collection.

Within 24 hours I received a reply from Dr Roth putting me in contact with the university archivist, Carli Lowe. Carli offered to look through the Burdick collection for material relating to Ireland and found that the archive included primary sources consulted by Professor Burdick in his research, as well as research notes and personal correspondence.

While nothing immediately seemed to pop up in the library catalogue of the collection in relation to Ireland during World War II, Carli suggested that I speak directly with Prof Carter. I immediately emailed her to introduce myself and inquire if she still had copies of the tapes that she had used in her research for The Shamrock and the Swastika. The email I received the next day opened a Pandora’s box that eventually became the basis of this book. 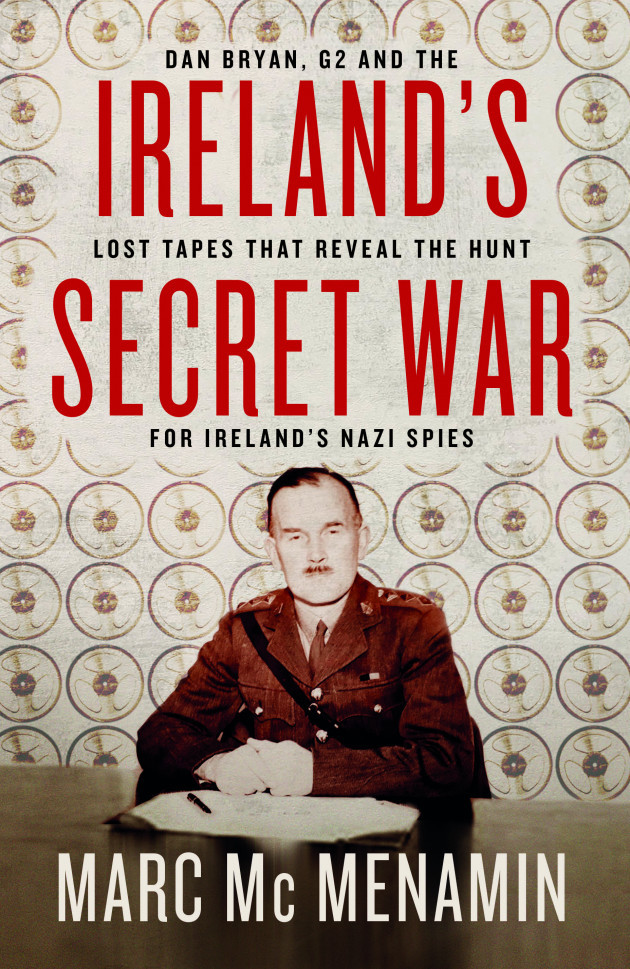 I suggested to Prof Carter that we should organise a Zoom call to talk through things further and so that I could explain my rationale for wanting to obtain the tapes she had recorded so many years before. During the course of our initial Zoom call, I discovered that the tapes in Prof Carter’s possession were utterly priceless. They were in effect the untold history of World War II in Ireland told from the point of view of the main protagonists. A precious resource that existed nowhere else in the world.

Prof Carter had carried out the interviews, on audio cassette tapes using old-style field equipment, over multiple visits to Ireland between 1969 and 1971. Naturally, I was worried that these tapes might not have stood the test of time. After all, they had been in storage in the professor’s attic for the best part of 50 years.

Over the course of one of our many Zoom calls Prof. Carter told me she would catalogue the material in her attic, a ‘fun thing to do to alleviate the boredom of lockdown’.

At the time California was suffering badly from the Covid-19 pandemic, with record daily cases and deaths, despite the best efforts of Governor Gavin Newsom to halt the course of the virus. Prof Carter and her husband were adhering to California’s ‘shelter in place’ order, so the chance to catalogue the tapes was a welcome distraction from all the bad news.

After a week I received an email from her telling me that the tapes were in a very healthy state and that she had catalogued and labelled all the material on them. She had also gone through her notes and research and had a wealth of information from the period that she felt would be of use to me. I read the list Prof Carter had compiled with utter fascination and sheer excitement that I would be able to hear the voices of those from the war in Ireland tell their own stories.

The earliest tapes date from August 1969 and were recorded in the Republic of Ireland as Derry was about to explode into the violence that became known as the Battle of the Bogside.

The first tapes consisted of interviews with Helmut Clissmann, a prominent Dublin businessman, originally from Germany, who had been involved with the Abwehr, the intelligence service of the German Wehrmacht during World War II. Another interview recorded in 1969 was carried out in Enniscorthy, County Wexford, with Stephen Hayes, one of three wartime Chiefs of Staff of the IRA. This tape is a unique audio recording of an IRA Chief of Staff from the 1940s.

Also included in the 1969 batch of interviews was a tape of the testimony of Commandant James Power of Athlone, a member of the Irish intelligence services dealing with Nazi prisoners interned in Athlone during the war.


One of the most interesting tapes from these 1969 recordings was a tape of IRA leader James O’Donovan (also known as Jim and Seamus), who helped establish the initial links between the IRA and Nazi Germany just before the outbreak of the war in 1939.

O’Donovan travelled several times to Berlin and his oral testimony of the period is fascinating. Prof Carter returned to Ireland the following summer to carry out interviews with retired members of the Irish intelligence services, including Richard Hayes, as well as with the writer Francis Stuart, who himself had been embroiled in espionage with Nazi Germany during this period.

By far the most important tapes were a series of seven interviews with Colonel Dan Bryan, the head of Irish Military Intelligence for the bulk of the duration of the war. Bryan was a towering figure in the history of the Emergency and is perhaps one of Ireland’s least-known heroes.

He masterminded Irish intelligence services throughout the war and was regarded by those who knew him with whom I have spoken, and by historians of the period, as a man of honour. The Bryan interviews, which were mainly carried out during Prof Carter’s last visit to Ireland in 1971, were perhaps the most important of all the tapes since they were the oral testimony of the man who knew most about Ireland’s secret war against Nazi Germany.

It occurred to me that these tapes were so important that it was crucial that they be preserved and that, once the details in the tapes were properly logged to tell the story of their contents, some sort of project should be put in place for this purpose.

Prof Carter agreed and gave me her permission and her blessing to use the tapes in whatever way I saw fit. Thus the idea of this book, and an accompanying radio series with RTÉ, was born. If the content of the tapes was as significant as I thought, it was important that the public should get to hear them and read more about them.

A huge bee in my bonnet is the fact that the history of World War II in Ireland is often undersold or misrepresented in the history curriculum taught in schools. The curriculum is the foundation stone on which a lot of the Irish understanding of the war is built and sadly at present it is mostly a tale of glimmer men, rationing and little else.

Irish history is often taught through a nationalist lens, so it is hardly surprising that this basic version of the war in Ireland is uppermost in the public consciousness. Finally, I felt that these tapes, if presented in the right way, could, alongside some of the already great scholarly work out there on the period, begin to change the conversation in Ireland about the war.

Too often the simplistic version of Irish involvement in WWII has diminished the heroism of many of the nations great patriots who acted as a bulwark against fascism during the dark days of the 1940’s.

If the story of Dan Bryan’s life and the others in my new book help people realise the great heroism of these oft too neglected individuals then I feel I will have done these most noble men a great service. May they not be forgotten any longer and let them finally take their place in the pantheon of Irish heroes.

Ireland’s Secret War: Dan Bryan, G2 and the Lost Tapes that Reveal the Hunt for Ireland’s Nazi Spies by Marc Mc Menamin (Gill) is out now.