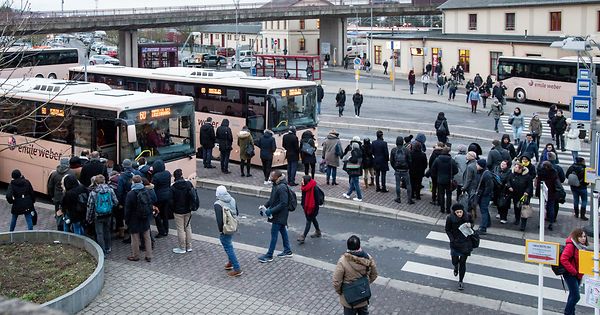 Luxembourg’s workforce increased by 3.6% overall last year, as the country continues to tempt employees from around the world

Luxembourg’s workforce increased by 3.6% overall last year, as the country continues to tempt employees from around the world

The number of people in employment in Luxembourg grew by 3.6% last year, driven by non-EU and cross-border workers, the country’s official statistics agency Statec said on Thursday, as the labour market showed strong signs of continued recovery from the impact of the pandemic.

“Viewed over a year, the number of employees in all sectors of the economy rose again,” Statec said in their report, published on Thursday. There were more than 458,000 workers in Luxembourg at the end of 2021, the figures showed.

It is a further sign of Luxembourg’s appeal to those of working age, just days after a separate Statec report indicated that population growth is returning to pre-pandemic levels, with the total number of inhabitants reaching more than 645,000 last year, mostly driven by immigration.

The biggest growth was among non-EU workers, who now total around 20,000 – recording a jump of more than 10% last year. The increase is in marked contrast to the rare fall in employees from outside the bloc observed in the second quarter of 2020, when Covid-19 lockdown restrictions were in full force.

Cross-border employees, who make up half of Luxembourg’s workforce, rose by 4.4% over the space of the year, with the country remaining an attractive destination for workers from the three neighbouring countries of Belgium, France and Germany.

Prior to the pandemic, more than 200,000 commuters crossed the border each day in 2019, according to a previous Statec survey. With an average annual income of €48,091 in 2020, French cross-border workers earn around €10,400 less than staff arriving from Belgium and €8,700 less than German commuters.

In a further sign of the demographic shifts within the country, the percentage of Luxembourgish nationals entering the workforce rose by just 2.7% in 2021, to 121,000 employees.

Luxembourg employers will create about 70,000 new jobs within the next four years and cross-border workers are expected to take half of them, Statec said last month.

Luxembourg’s prominent position as a financial capital, together with its buoyant job market, high salaries and standard of living continue to attract immigrants from elsewhere in Europe and around the globe.

The country however also suffers from a housing crisis, with staggeringly high prices leading many residents to leave the country. Last year alone, 3,000 Luxembourgers left the country while only 1,500 came back, Statec said earlier this months, and many are opting to reside in cheaper neighbouring regions.