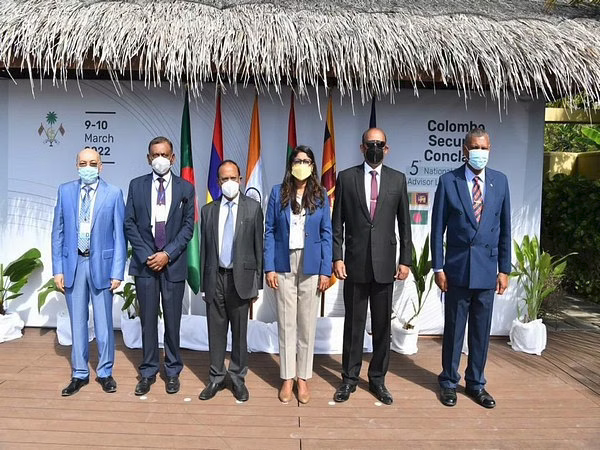 The national security advisors-level meeting of the Colombo Security Conclave (CSC) was held in the first week of March in the Maldivian capital city, Male. The conference witnessed the admission of Mauritius to the grouping, which includes India, Sri Lanka, and the Maldives as members and Bangladesh and Seychelles as observers. The meeting called for the institutionalization of the CSC, dubbed as the “region’s 911,” by identifying five pillars for future cooperation. The conclave focused on maritime safety and security, terrorism and radicalization, cybersecurity, and humanitarian aid and disaster relief.

The Delhi-driven subregional arrangement is seen as strategic outreach to Indian Ocean states to develop cooperative mechanisms against shared strategic and security threats. However, structural asymmetry, domestic politics in member states, and a lack of strategic coordination will create roadblocks for India to sustain the longevity of the minilateral.

India has vital strategic interests in the Indian Ocean region. As a resident power with vast operational experience, the Indian Navy nevertheless has capacity restraints in projecting itself as a dominant power in the region. Some senior Indian Navy officers recently acknowledged these critical capability shortfalls, which need immediate policy attention. India’s cautious approach in its maritime backyard is driven by its aspiration to be a dominant power in the region and to counter China’s intentions to establish a naval presence in the Indian Ocean.

Speculation over development of a prospective fleet in the Indian Ocean by the People’s Liberation Army Navy (PLAN) coupled with recent passages of Chinese warships through the exclusive economic zones of India near the Andaman and Nicobar Islands worry policymakers in New Delhi. From 2014, the Narendra Modi government’s Neighborhood First policy framed India’s efforts to engage its South Asian neighbors, but it ran into various setbacks. Furthermore, India’s anti-China posture in region has been rejected by other South Asian states as they welcome Chinese economic assistance and China-funded infrastructure projects.

For India, refurbishing the CSC is necessary for multiple reasons. First, the CSC is a complement to its Indo-Pacific strategy to the broader region. Second, the CSC is a forum for India to bolster its neighborhood diplomacy and act as a net security provider in the region. Third, the cross-naval collaboration among CSC members will yield indirect and cost-effective ways to strengthen traditional security cooperation.

Notwithstanding India’s optimism, for other members, the CSC is predominantly a forum to hedge their bets amidst rising great power competition. For smaller littoral states, the forum’s most important utility is the provision of avenues for regional cohesion among navies and a cooperative mechanism against non-traditional security threats like climate change and terrorism.

Some states view the CSC as a forum for maximizing their security interests without taking sides on the broader “India-China” security equation and the politics of the Quadrilateral Security Dialogue (Quad). Countries like Sri Lanka see the CSC as a regional forum to keep extra-regional giants at bay.

However, even as the forum, headquartered in Colombo, Sri Lanka, is being institutionalized, challenges loom. The first challenge is the issue of power asymmetry. India is well-positioned in the region with geographical advantages and superior naval capabilities. But the CSC faces the same lopsided “power distribution problem” that led to the dormancy of the South Asian Association for Regional Cooperation (SAARC). India’s power capabilities are sizable as compared to other members of the CSC, and the fears South Asian countries had about India’s quest for regional hegemony through the SAARC are likely to be replicated in the CSC.

The second challenge is the domestic politics of non-Indian states of the CSC. During the presidency of Abdulla Yameen in the Maldives (2013-18), the quiescent nature of three-nation NSA meetings illustrates the role of domestic politics in the smooth functioning of the grouping. Yameen downgraded bilateral ties with New Delhi during his tenure, which was reflected in multilateral initiatives, too. The increasing popular support for Yameen’s “India out” campaign over the deployment of Indian military contingents in the Maldives will be crucial in the upcoming years for the CSC.

In a similar vein, the current president of Seychelles, Wavel Ramakalawan, strongly objected to India’s outreach to develop military facilities on Assumption Island and made it clear that the Seychelles will follow an equidistant policy vis-a-vis India and China.

In sum, member countries of the CSC would strongly oppose the elevation of the forum in the lens of traditional security to avoid being caught in India-China strategic competition.

Third, developing consensus inside the CSC will be a significant challenge since the grouping comes with diverse and competing interests. China’s economic presence in varying degrees across Sri Lanka, Maldives, and other CSC states will be a factor that influences these countries’ behavior within the group. There is also a strong case that Beijing would intervene in smaller island states through economic and political maneuvering if New Delhi tries to turn the CSC into an anti-China coalition.

India is a proactive partner in multilateral mechanisms in the Indian Ocean region. The CSC is a noteworthy advancement to structure cooperation amongst littoral states on maritime safety and security. India took significant measures to rejuvenate the mechanism in 2020 and actively facilitate the institutionalization of the organization. However, given current developments, a fully institutionalized CSC would focus primarily on non-traditional security threats.

Even though India will get a limited headway to advance its strategic objectives, the sustainability of the grouping will be based on India’s positioning in the group, the domestic politics of member states, and most importantly, member states’ strategic coordination vis-a-vis India-China competition.