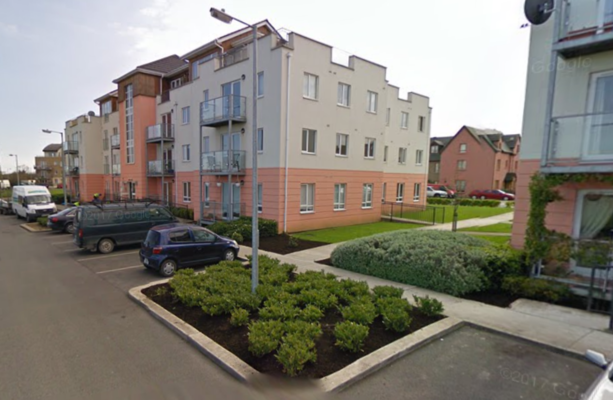 OWNERS OF APARTMENTS in the Swords area of Dublin have been told they each need to pay €15,000 to repair fire safety defects in the development.

The Broadmeadows apartment complex is one of thousands of boom-era developments identified as having fire safety defects.

One owner who spoke to The Journal said owners have been told they will have to pay €15,000 over three years in three €5,000 instalments. The plans were discussed at a general meeting in February between owners and the management company.

“There were a couple of owners railroading people saying ‘you have to pay’, that’s all well and good if you can afford to pay for it, but for those who can’t it’s a problem and I just can’t afford it,” he said.

“I know there are owners who haven’t paid their management fees – I always pay mine – so I can’t imagine that they’ll have the money to pay for the repair works now.

“The whole thing is quite draining, we just keep getting letters to say ‘this needs to be done and that needs to be done’ and there are other issues on top of the fire safety problem.”

He said he was aware for a number of years that there were fire safety defects in the building – and in the past paid a €600 fee for some repairs under a previous management company – but it is only in recent months that plans for larger works were outlined.

“There’s a new management company now and in fairness they are now taking action to get remedial works done,” he said. “Ultimately this company inherited this issue, it’s not their fault, I fully accept that, but I can’t pay what they’re asking.”

He said he is keen to sell the apartment to move on as he has been living there for a number of years but on three occasions sales fell through due to the fire safety defects.

“I’ve spoken to local estate agents and they said the properties are just not sellable, no one wants to take that on. I can understand, but it means I’m stuck,” he said.

The apartment owner said he “wants to know who is culpable” for the defects that he is now expected to pay for.

“The accountability doesn’t seem to matter, it has to be remedied so we just have to fork out €15,000 and I’m not in a position to do that.”

In response to a query from The Journal, Broadmeadows Property Management CLG said members of the Owner Management Company (OMC) voted on a levy for fire remediation works.

“The planned works comprise a series of fire remediation and fire safety upgrades which the OMC professional team deem necessary,” it said.

“The works have been planned over three years to ease the burden on owners with €5000 instalment for each year.

The board of directors will work with any owner who has difficulty in raising the funds but they will have to ensure that sufficient funds are raised to complete the project in the time provided.

Legal advice in relation to the defects has been sought, it said, but “there is no mechanism for legal action against any parties and the original developer company has been liquidated”.

“Apartment owners are being left to pay for these defects – which occurred through no fault of theirs – because most of those involved in the original construction process have gone bust or set up joint venture or special purpose vehicle companies that have since been liquidated,” the alliance said.

The Department of Housing has established an independent working group to examine fire safety and structural safety defects in apartments and duplexes built between 1991 and 2013.

At the start of this year the working group sought views through a survey from owners of these properties. This group, which has been meeting monthly since March last year, will report back to the Minister for Housing Darragh O’Brien on the scale of the problem as well as the costs associated with repairs later this year.

In a statement to The Journal, the department said the statutory position in terms of where responsibility lies “is clear”.

“Under the Building Control Acts 1990 to 2014, primary responsibility for compliance of works with the requirements of the Building Regulations rests with the owners, designers and builders of buildings,” it said.

However, the working group is currently analysing options on possible financial solutions to effect a resolution and the department said the Minister will give “full consideration” to the groups report.

If you’ve been affected by fire safety defects in your apartment development, we want to hear from you. Send us a message to michelle@thejournal.ie.