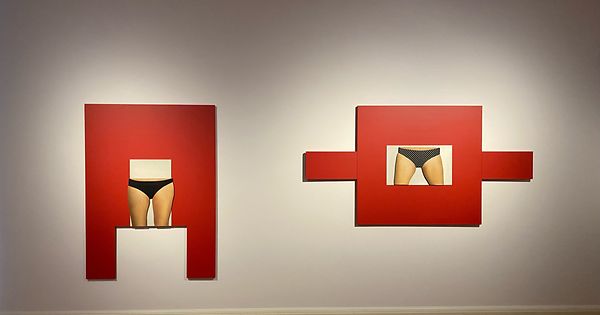 It is easy to underestimate the shock that pop art caused in the 1960s, pushing the limits of what people considered art and opening up new – and often politically motivated – ways for viewers to look at the world.

Artists such as Andy Warhol – who built on the legacy of Marcel Duchamp, a towering figure in early 20th-century conceptual art – moved away from abstract art that had become bon ton after the second world war.

When Europe teemed with political unrest in 1968, artists were often at the forefront, seeking to take art out of stuffy museums, bring raw creativity back at the core of the artistic experience and question easy consumerism.

In Luxembourg, a group of six artists shocked the Grand Duchy’s traditionalist artistic elites by posing for a photo largely undressed at the Salon du Cercle Artistique of 1968, managing to revive the scandal that followed Manet’s  painting “Déjeuner sur l’herbe” a century before that.

That act of rebellion has landed two of the artists that were in the photo right at the heart of Luxembourg’s cultural elite: the Villa Vauban in the nation’s capital, which is bringing an exhibition of the works of Berthe Lutgen and Mish Da Leiden, both with decades-long successful careers behind them.

Entering the Summer of ‘69 exhibition means stepping back into a time of psychedelic patterns, the Beatles, the enchanting energy of hippies. The aesthetic of the time was extremely colourful but also political, as many in the general public questioned the capitalist status quo.

After setting up the Initiative 69 art collective, Lutgen and Da Leiden stuck to their rebellious tendencies throughout their career, making political statements and continuously working to influence their surroundings through art, true to the spirit of the era to lift the barrier between life and art.

The first floor of the villa shows Lutgen’s feminist pieces. At the age of 86, this founder of Luxembourg’s feminist movement is still fighting for gender equality. Her pieces are politically motivated and show her determination to never stop asking what is right and legitimate for all.

One series of five paintings displays the lower half of a female body, wearing only her knickers, against a red background. Their use of repetition of an illustration of a woman’s body is a critique of the trivialization of sexuality and the objectification of the female form.

The series, which was shown at the first exhibition of the artistic collective she set up, already show the activist female perspective and the yearning for social justice that would be recurring subjects all along Lutgen’s creative life.

The second floor is dedicated to Da Leiden’s soothing collage paintings, clearly influenced by pop art. The works incorporate different techniques, and depict of industrial western societies in a way that seems to fit in the pop art tradition of critiqueing consumerism – even if the work is comfortably poetic.

Autobahn nocturno, one of Da Leiden’s soothingly poetic works, from 2009

The historic villa in Luxembourg’s centre dusts off the work of pioneering Luxembourgish artists and highlights the significant contributions these trailblazers have given to local and international art history.

Nowadays, such collectivized moments of creativity and radical political engagement no longer exist – and if they do, they fail to shock.

The exhibition is a reminder that art can be more radical, if we want it to help overthrow – or at least question – consumerism and capitalist greed and liberate people from abusive power structures and growing inequality.