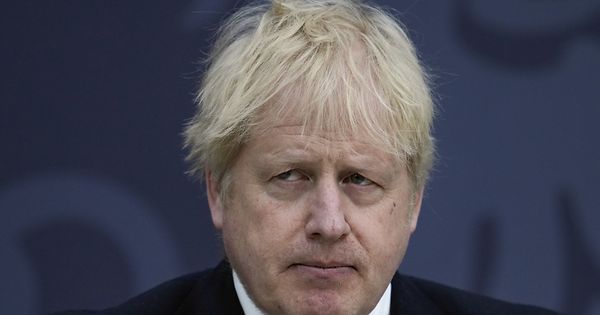 Nearly two-thirds of Britons say Prime Minister Boris Johnson should resign if he is given further fines for breaking pandemic rules, according to a new poll from The Times, signaling a potential further deterioration in support for the leader in the fallout over “partygate.”

Johnson and others including Chancellor of the Exchequer Rishi Sunak were fined this week by police for attending a gathering on the prime minister’s birthday in June 2020, breaching Covid-19 laws the government had passed.

The rule-breaking has led to growing dissent in the ranks of Johnson’s Conservative party, including the resignation of a junior justice minister. Sunak also considered quitting his post over the fines, the Times reported.

If Johnson is fined again, 63% of the public think he should resign, according to a YouGov poll conducted for The Times. Of those who voted for Johnson’s party in 2019, 36% think he if should leave if given further fines, compared to 49% of those Tory voters who believe he should remain in office no matter how many fines he may receive.

That two-thirds figure marks an escalation from the current 56% who say he should go for the existing fine. The Telegraph newspaper reported on Wednesday that Johnson faces a further fine for giving a speech at a Downing Street leaving party for a long-standing aide.