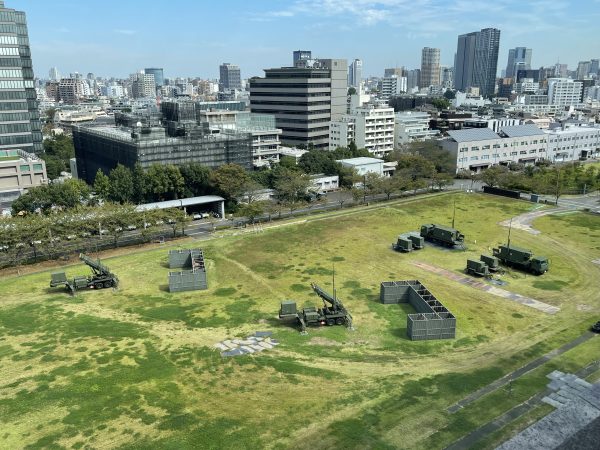 The proposal, which stretches the limits of Japan’s defense-oriented security policy, will inform the government’s long-term National Security Strategy.

A special panel on national security within Japan’s ruling Liberal Democratic Party (LDP) has drawn up a draft proposal urging Tokyo to provide the Japan Self-Defense Force (JSDF) with what they call a “counterattack capability,” including the capability to attack an enemy’s command and control systems as well as military bases.

If adopted by the administration of Prime Minister Kishida Fumio, such a new counterforce strike capability would be a big departure from Japan’s exclusively defense-oriented policy in the post-war period defined by the nation’s pacifist constitution.

The move comes amid the worsening security environment surrounding Japan, forcing Tokyo to look more deeply at its military preparedness. In short, China’s armed forces are rapidly growing in power at a time when Russia’s invasion of Ukraine has raised renewed security concerns in the Pacific. Russia is a Pacific nation as well, with a Pacific coastline and a longstanding territorial dispute with Japan.

In addition, the growing nuclear and missile threats from North Korea, as exemplified by its intercontinental ballistic missile test-launch last month, have inevitably forced Tokyo to pursue the capability to hit back at enemy bases to respond to a ballistic or cruise missile attack.

Panel members, including former defense minister and panel chairman Onodera Itsunori, spoke to reporters on April 21 at LDP headquarters in Tokyo. While stressing the limits of Japan’s exclusively defense-oriented security policies, they said that the government needs to improve deterrence by acquiring strike capabilities, because rapid advances in missile technology, such as hypersonic glide vehicles, make it extremely difficult for Japan to defend itself with its current interception systems.

However, even if Japan were to acquire such counterattack capabilities, it seems unlikely that, in the case of a conflict, the JSDF would attack enemy missile sites and/or mobile launchers without first getting support from the United States. Without its own sufficient intelligence, surveillance, and reconnaissance (ISR) capabilities, cooperation with the U.S. military would therefore continue to be of the utmost importance for Japan to gather intelligence and detect potential targets.

The panel, the LDP’s Research Commission on Security, also called for Tokyo to increase defense expenditure to over 2 percent of gross domestic product within five years, up from the long-standing cap of around 1 percent of GDP.

“With the defense spending target of more than 2 percent of GDP for NATO (North Atlantic Treaty Organization) nations in mind, our country also aims to realize that the budget meets a level necessary to fundamentally reinforce defense capabilities in five years,” the draft proposal said.

For the first time, the panel described China as a “grave threat” and Russia as a “real threat” in Japan’s security, in addition to existing threats from North Korea.

The proposal will be submitted to Kishida next week, so it can be reflected in both the party’s campaign manifesto for the upper house election in July and the government’s review of the long-term National Security Strategy. The latter is scheduled to be finalized by the end of the year.