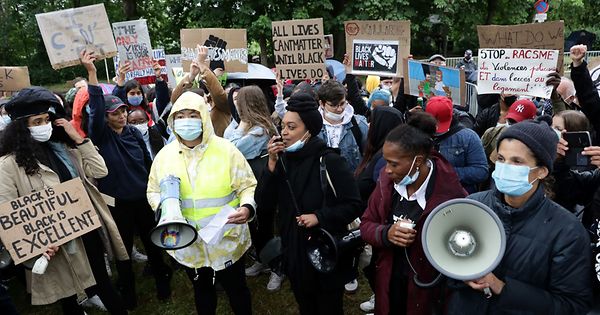 UN report criticises lack of data on racism in Luxembourg

Absence of government data on ethnicity and gaps in legislation are major obstacles to establishing levels of racism, United Nations says

Absence of government data on ethnicity and gaps in legislation are major obstacles to establishing levels of racism, United Nations says

Luxembourg’s efforts to tackle racism are being undermined by a lack of public data on the issue, a United Nations report has found, despite a noted increase in reports of online attacks against refugees and asylum seekers.

Ibrahima Guisse, the UN country rapporteur for Luxembourg, noted that it was difficult to establish the level of racism due to the absence of available statistics, in a statement published on Wednesday to accompany the report.

The lack of hard statistics came to the fore in August last year, when the government said the exact number of attacks and offences against Jews in Luxembourg remains unknown, as anti-semitic incidents are not registered as such by law enforcement authorities.

There had been an increase in racist attacks in the media and online, Guisse said, particularly directed at refugees and asylum seekers. To compound the problem, there is no legislation covering hate speech on video streaming platforms, the UN’s rapporteur added.

Luxembourg’s delegation said that the data gap is due to historical circumstances, such as the Nazi occupation in World War 2, which prompted the government to avoid collecting data on ethnicity.

To fill the gap, a national survey was commissioned in 2020 into levels of racism in Luxembourg, and a national strategy to combat racial discrimination was developed by government, Foreign Minister Jean Asselborn said.

The survey was commissioned after lawmakers called on the government to draw up an action plan to combat racism across a range of sectors, including in education, healthcare, the judicial system and political life.

Luxembourg has failed to fully live up to its claim of being a multicultural and open country, deputies said in 2020, during debates about racism in the wake of the George Floyd protests.

Anne Goedert, Luxembourg’s Ambassador for Human Rights, said that a study by the government on racism in Luxembourg had highlighted that there were struggles to apply the law in practice, and that there were few convictions for discrimination, due to a low number of complaints.

The study concluded that structural racism in Luxembourg was widespread in a number of areas, such as in housing and the labour market. There were barriers to submitting complaints, such as cost, a lack of evidence and fear of reprisals, she said.

Luxembourg’s anti-discrimination body had to deal with a record number of cases in 2020, with only half of them resolved by the end of the year, as the agency continues to bemoan a lack of firepower and slow responses from government ministries.

In a 2018 report, entitled “Being Black in the EU”, Luxembourg performed poorly, with 50% of respondents saying they felt they had been discriminated against in the previous 12 months.