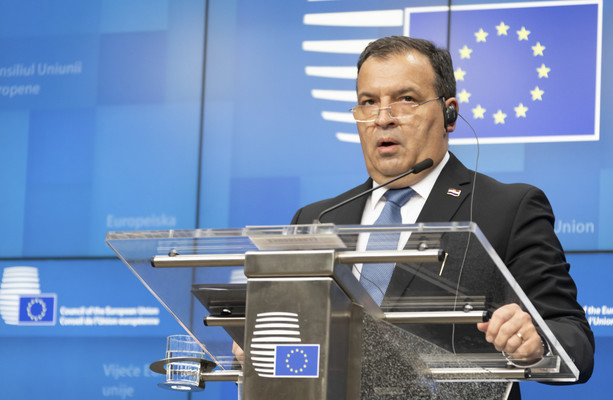 A CROATIAN WOMAN who was denied an abortion although her foetus had serious health issues was allowed to undergo the procedure, a minister said today, in a case that sparked nationwide outrage.

The story rocked the European Union country where Catholic Church-backed conservative groups aspire to curb the right to abortion, which is legal until the 10th week of pregnancy.

After that period it can be performed if the health of the mother or foetus is seriously jeopardised, as well as in cases of rape or incest.

The unborn child of Mirela Cavajda was diagnosed with an aggressive brain tumour in late April, in the sixth month of pregnancy.

Doctors told the 39-year-old, who already has one child, that the foetus would either die or if born would have serious defects, she told local media.

They advised Cavajda to seek help in neighbouring Slovenia.

Meanwhile, four public hospitals in the capital Zagreb refused to carry out the abortion without explanation or saying they could not confirm the diagnosis or lacked the necessary conditions.

“The situation is extremely difficult” as the MRI scan of her foetus’s brain showed, he told reporters.

That is why the commission estimated that “both medical and legal preconditions for the approval of abortion have been met”, the minister said.


The case sparked anger among rights groups and many in the Balkan country.

On Thursday, rallies in support of Cavajda and against the deterioration of women’s reproductive health will be held in Zagreb and several other cities.

Nearly 90% of Croatia’s population of 3.9 million are Catholic and the Church remains immensely influential.

In 2017, the country’s top court rejected the calls of Church-backed conservatives to ban abortion.

It also ordered the parliament to adopt a new law on abortion regulations and ruled that the current one, dating back to the 1970s, was outdated.