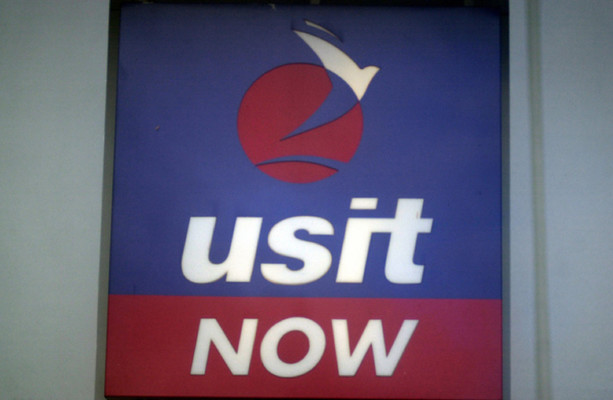 STUDENTS TRAVELLING TO the US this summer on a J1 visa with USIT have blasted the company’s poor communication, with many unable to complete key steps in the application process just weeks before they’re due to fly out.

As a result, a number of students have said they are unsure of when they’ll be able to travel to the US, and therefore can’t secure accommodation or tell their employers when they can start working.

Students pay USIT up to €1,100 to organise their trip, including setting up mandatory interviews at the US Embassy in Dublin and liaising with US-based companies who sponsor those on the J1 scheme.

But in recent weeks, many have been left waiting to receive forms in the post or emails regarding the application process, and have said USIT is leaving them in the lurch.

Several told The Journal that they were on hold for several hours if they phoned the company, or never received replies to emails with urgent queries.

Con Gordon, a student in Maynooth University, said he and his friends are due to fly to the US on 29 May, but have recently learned they may not get an Embassy interview before June.

“It is not ideal for us or our employers [in the US] not knowing when we may get over,” he said.

USIT have been holding weekly Q and A sessions for customers but Gordon called them “a shambles”.

“They refuse to answer the majority of our questions.”

Sadhbh Lacey, another student due to travel over for the summer, agreed: “USIT have continuously not answered [our] questions via email or phone calls. They host “Q&A sessions” online every Tuesday and Thursday, yet when my friends ask a question they are told to ring up or to email.”

Lacey is an American citizen and therefore does not have to apply for a visa, but she said that organising to go with friends who do “has been the biggest nightmare of my life, and I am not even dealing directly with them [USIT]”.

She said securing accommodation is becoming increasingly tricky as more houses and apartments are snatched up by someone else.

A USIT spokesperson told The Journal that “all of our stakeholders are aware of the delays and our US Employers are extremely supportive and understand that teams on both sides of the Atlantic are working tirelessly to get all our J1 customers to the US this summer.”

Students who are still waiting to receive their work papers should request a delay to their start date from their US employer, the spokesperson said.

“All our stakeholders are aware of the delays and US Employers are being extremely understanding about delayed start dates. However, if any students cannot make a later start date work for them this summer and wish to cancel from the programme, we will refund their USIT participation fees.”

Trinity student Jenny Dolan said she moved her flights back a week because she was still waiting for her application to be fully processed. “I feel like the biggest stress has yet to come … I still have not gotten my visa and I’m supposed to leave three weeks from now.”

The poor communication from USIT has made the process particularly stressful as students attempt to complete the process while studying for exams. Trinity student James Deegan said this meant that “people don’t have time to be ringing” if they will be left on hold for several hours.

A message from our CEO (2/2) pic.twitter.com/82TsKFwqQk

UCD student Kevin McMahon said that he was left waiting for a physical form to be sent to him by post which he had to bring to his Embassy interview.

“I had absolutely no info about that, no information about when it was coming,” he said.


USIT operates an online portal where customers can track the status of their application and see all the relevant documentation, but Dolan said at one point, the documents on her account were the wrong ones.

“They were totally dated ones … then they said I was a step further than I was on my dashboard.”

Dolan also said she secured her own job – rather than paying USIT an additional fee to have one secured for her – but she is still waiting to hear if it will be approved by her sponsor.

Both McMahon and Dolan said they didn’t have problems contacting the company in the early stages of their application, but it has become progressively worse since then.

After McMahon did receive the form, USIT emailed him to say there was a delay with his application and the form would be sent to him after his application was processed.

“They’re so behind on themselves they don’t even realise they’ve already sent my form out to me,” he said.

This J1 season has seen a 25% increase in demand for the J1 in Ireland versus prior years as students who were unable to go to the US during the pandemic choose to go abroad this year. In a statement on Twitter, USIT’s CEO Vicki Cunningham apologies for the delays some of their customers were experiencing, saying that “like so many businesses in our travel sector right now, USIT and other stakeholders in the J1 process have faced many challenges caused by the pandemic: high demand, COVID illness, shipping delays and staff shortages.

“Our J1 team are working around the clock to handle the high volumes of J1 queries and additional staff have been added to assist the call centre and with high email volumes,” Cunningham said.

She asked customers to “reach out on one channel only” if they have queries.

Deegan said that friends of his are travelling with other companies and “their process seemed to be very smooth”.