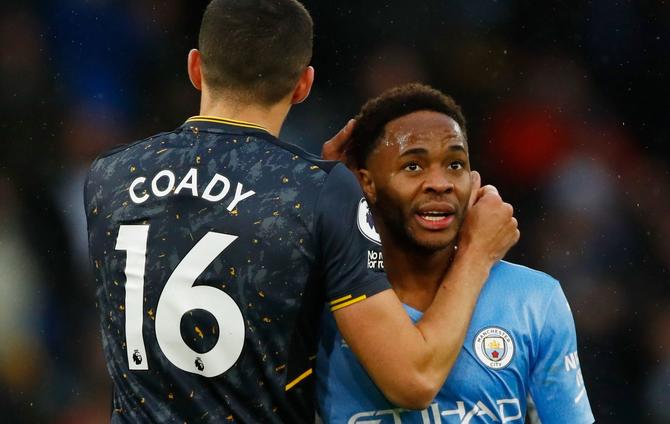 Manchester City will once again be looking to move clear of title rivals Liverpool when they visit Molineux to take on eighth placed Wolves.

Pep Guardiola’s side bounced back from their dramatic Champions League exit with a 5-0 thumping of a resurgent Newcastle side, while Bruno Lage’s men battled back from two goals down to earn a point against Chelsea at Stamford Bridge.

Wolves looked to be on course for a fourth successive Premier League defeat after the reintroduction of Romelu Lukaku yielded a two-minute brace at Stamford Bridge, until a late fightback spurred on by Francisco Trincao was rounded off by a 97th minute Conor Coady equaliser.

Bruno Lage’s first season in charge of Wolves can be deemed nothing but a success, taking over from Nuno Espirito Santo who finished 13th in the 2020/21 campaign before departing for a short-lived spell at Tottenham.

Wolves (50 points, 35 games played) are still within mathematical reach of West Ham (55 points, 36 games played) and underachievers Man Utd (58 points, 37 games played). However, they will be pitted against both title contenders Man City and Liverpool before the season closes.

Bruno Lage’s defensive tactics drew widespread praise in the early stages of the Premier League season and the former Benfica manager will be hoping his side can rediscover their form at the back to finish the campaign on a high note.

The hosts will be without Max Kilman and Nelson Semedo for the clash, while Daniel Podence is pushing to return from injury before the end of the season.

Bruno Lage will also be hoping to be back in the Wolves dugout after his Covid enforced absence.

There were doubts about Man City’s mental fortitude entering their first clash off the back of their gut-wrenching defeat to Real Madrid in the Champions League semi-final second leg. Those doubts were quickly put to bed in the 19th minute, with Raheem Sterling scoring the first of five goals for Pep Guardiola’s side.

Following their emphatic 5-0 victory over the Magpies, Liverpool were held at home to Antonio Conte’s Tottenham in what was a major boost for the Citizens Premier League title credentials.

Pep Guardiola’s post-match interview with beIN SPORTS’ Carrie Brown caused quite a stir across the British press, with the Man City manager stating:

🗣️ “Everyone in this country supports Liverpool, the media and everyone… Our destiny is in our hands, this is important.”

The blue side of Manchester are currently level on points with Liverpool having played a game less, boasting +3 advantage on goal difference and are in the driving seat to once again secure back-to-back Premier League titles.

Since their thrilling 2-2 draw with Liverpool, Manchester City have recorded four consecutive league victories – scoring 17 and conceding just once during that spell.

Pep Guardiola is without three star defenders after announcing Kyle Walker, John Stones and Ruben Dias will all miss the remainder of the season and will therefore have to shuffle his pack at the back.

While the champions have concerns at the back, they boast a clean bill of health in the midfield and forward positions and will enter the clash as strong favourites.