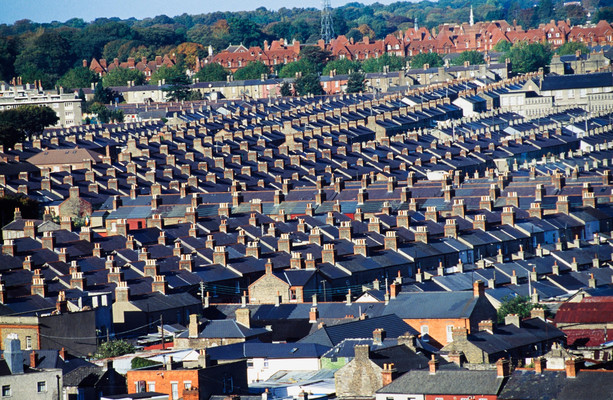 THE COST OF rent nationwide has continued to rise in the first quarter of 2022, with average rents increasing by over 11% compared to early 2021, the latest Daft.ie Rental Report has shown.

It comes as the number of rental properties on the market has dropped to the lowest number ever recorded by Daft, with just 851 properties listed nationwide.

This fall in availability is most stark in Dublin, where there has been an 81% drop in rental properties compared to early 2021, with only 462 homes listed on 1 May.

Outside the capital, there was a 66% drop in the number of rental properties available, with just 389 listed on 1 May.

Report author Associate Professor Ronan Lyons of Trinity College Dublin said that the number of homes available may be underestimated, as it only takes into account properties listed on Daft.ie.

With less properties available, the average rent has also increased by 11.7% since the first three months of 2021, with rents now costing on average €1,567 a month nationwide.

According to the report, this is the highest year-on-year increase in rents since late 2016.

The highest overall increase was seen in Leitrim, where average rents increased by 24.8%.

The cheapest rents in the country are in Donegal, where the average rent is €857 a month while the most expensive rents are in South County Dublin at an average of €2,314 a month. 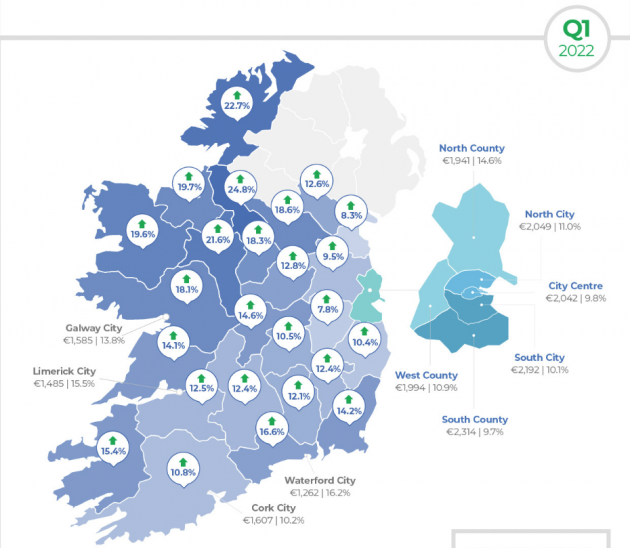 The report also analysed the rent increases for current tenants – people who haven’t moved into new accommodation and are already leasing a property – with an average increase of 3.4% each year over the last 10 years.

These increases are seen more by sitting tenants in Dublin compared to tenants in other parts of the country.

Commenting on the report, Lyons said that there is a high demand for rental accommodation in Ireland while there is an inadequate supply of housing to meet that demand.

“While strong demand for housing reflects underlying economic health, it becomes a challenge when there is inadequate supply to meet it,” said Lyons.

“In Ireland’s case, the economy has suffered from an under-provision of new rental accommodation for over a decade. As a result, market rents have doubled and, as shown in this latest report, rental homes have become unbelievably scarce.”

Lyons adds that policymakers must allow the conditions for “tens of thousands” of new rental – both market and social – to be built in the coming years.

Reacting to the report, Sinn Féin’s Spokesperson on Housing, Eoin Ó Broin, said that the Government’s 2% rent cap was not working and called for a full rent freeze needed to be implemented.


“We need a ban on rent increases on all existing and new tenancies, and we need government to put money back in renters’ pockets through a refundable tax credit worth a month’s rent.”

He called for additional affordable cost-rental housing to be delivered at scale, saying that at least 4,000 units a year were needed to meet the demand.

The full Daft.ie report is available to read here.