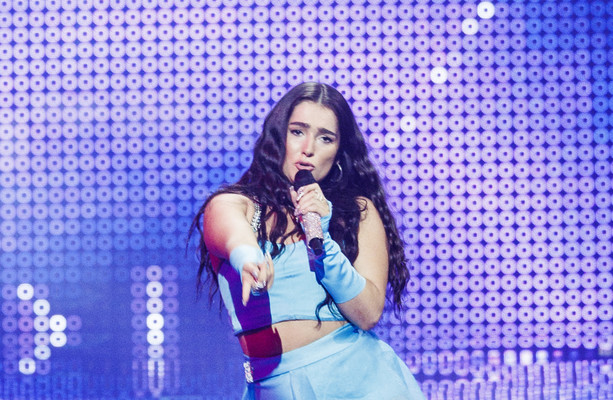 The bookies aren’t giving the Derry singer much of a chance – but the Irish camp will be hoping the experience she’s picked up in the regular rehearsals and dress rehearsals over the past two weeks in the city will give her the boost she needs to make it through from tonight’s second semi-final.

They’ve been working on the staging too, in the past few days. Show producers are literally promising fireworks.

The 23-year-old, from the village of Bellaghy, is previously best known as a finalist on the UK edition of The Voice but also made a memorable, if fleeting, contribution to the famous ‘Protestants’ episode of Derry Girls.

Along with contestants from the rest of the continent (and Australia) she’s been in the northern Italian city since the start of the month, throwing herself into the well-oiled Eurovision machine of run-throughs, press work and fan events.

She’s very popular with the fans. Some Irish supporters who spoke to The Journal outside the venue tonight said they’d met her more than once in recent days and that she’d been more than generous with her time.

They’re hoping her confidence and hard work pay off tonight – but either way, Brooke’s promising to make the most of the her time in the spotlight. 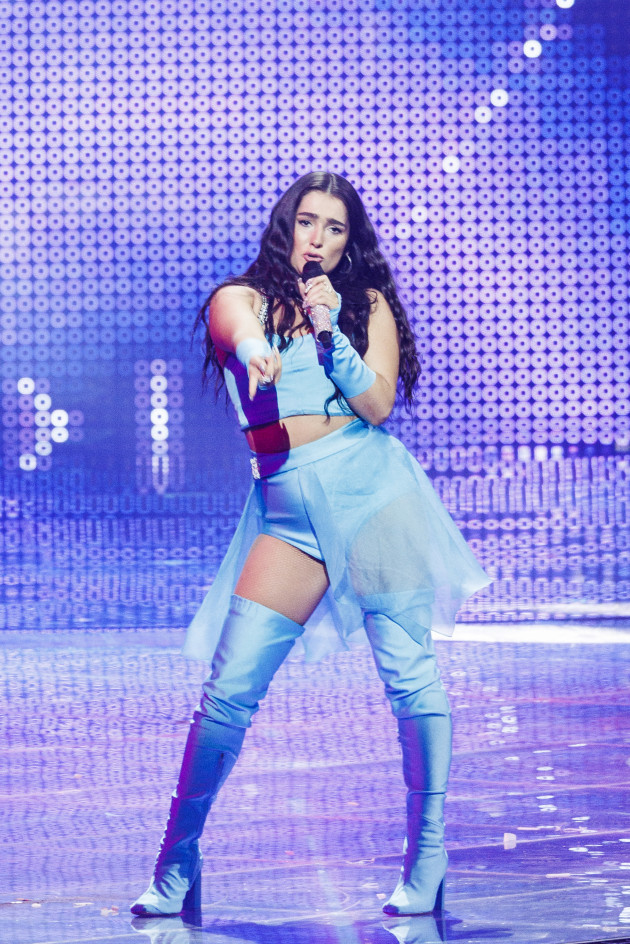 Ireland will perform tenth of 18 tonight, effectively kicking off the second half of the show. Depending on which expert you talk to, that placing in the running order either verges on the kiss of death or represents a golden opportunity.

For what it’s worth, the Eurovision afficionados who crunch the numbers on this sort of thing reckon second, third or fourth slot in a semi-final running order gives you the least possible chance of breaking through to home voters. The opening slot’s not too bad and the closing one is the most sought-after.

Of course, a really strong song and a memorable performance can transcend even the least desirable timeslot. There are more than a few really strong songs coming up tonight, as it happens – which might well make Ireland’s uphill battle steeper still.

Casting an eye over the schedule, Cornelia Jakobs’ slickly-produced Swedish entry Hold Me Closer is pretty much guaranteed one of the finalist places up for grabs – ditto the November-Rain-meets-early-Justin-Timberlake stylings of Poland’s Ochman.

Elswhere in the line-up, the Cypriot entry – Ela, by Andromache – is exactly the sort of Mediterranean-tinged summer ballad that tends to do well at Eurovision, and Estonia’s – of all things – Spaghetti Western-themed banger is, well, just a lot of fun.

Overwhelming favourites Ukraine were among the qualifiers from Tuesday’s contest – making the grade alongside Switzerland, Armenia, Iceland, Lithuania, Portugal, Geece, Moldova, the Netherlands and a particularly bonkers entry from Norway.

They’ll be lining up alongside the ‘Big Five’ Eurovision countries – the UK, Italy, Spain, Germany and France – who always get a bye straight into Saturday’s final as their national broadcasters pony up most of the cash for the contest. 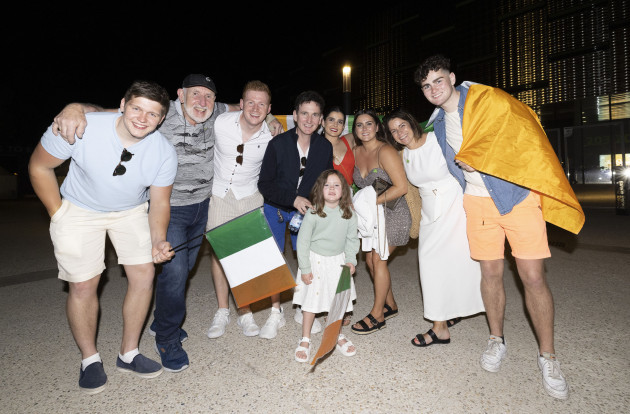 Irish fans gather outside the Eurovision venue in Turin.

In the event that you’re interested in voting – as always with Eurovision these days it’s a complicated system so it’s best not to get into the weeds: the results are decided by a 50:50 combination of jury and viewer votes.

The juries have already cast their votes based on the dress rehearsal performances. Viewers in countries taking part in each semi-final can vote in their respective heat, meaning Irish viewers can have their say tonight.

As always, you can’t vote for your own entry – but handily enough considering we’ve an entrant from Derry, viewers in the North can vote for Brooke as the UK has been assigned to this particular semi-final, even though they’re not competing (told you it was complicated).

The televoting opens as soon as the last singer performs (it’s the Czech Republic tonight) and the window stays open for 15 minutes. The scores from the juries are given first, after which the results from the televoting are added to give each country it’s combined score – the proceedings usually provide a satisfyingly dramatic conclusion to the show.

So it’s all to be decided. Proceedings kick off at 8pm Irish time. So far the only Irish voice we’re guaranteed to hear on Saturday night is that of Marty Whelan who marks his 87th consecutive year on commentary duty for RTÉ this year.*

Daragh Brophy will be in Turin covering the Song Contest up until the early hours of Sunday morning. Check out his feed on Twitter for more. *Yes this is a joke, not a typo.