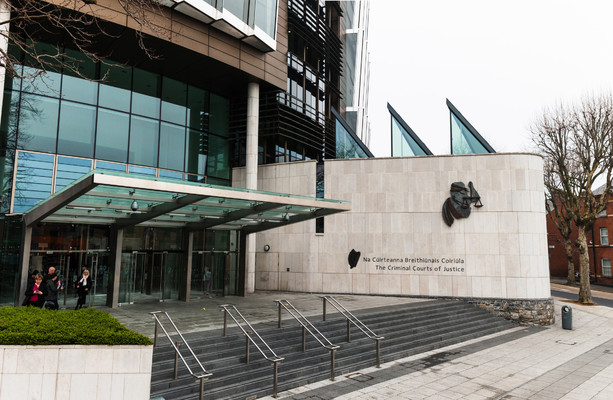 A BRAZILIAN MAN accused of murdering schoolboy Josh Dunne saved a fellow food-delivery cyclist from more serious injuries or death when he used a knife to defend him from a gang of youths, a witness has told the Central Criminal Court.

Guilherme Quieroz today told the trial of George Gonzaga Bento that before Josh Dunne was stabbed, he and the accused were attacked by a group of young men on a Dublin street when they tried to retrieve a stolen bicycle.

He said that having viewed CCTV footage of the incident he now knows that Bento twice came to save him, once when the witness had his back up against a wall and was being punched and a second time when he was “dragged” to the road and punched.

When Bento’s defence counsel asked if Queiroz was saying that the accused either saved his life or at least saved him from more serious injuries, the witness answered: “One hundred per cent.”

He said he suffered broken teeth, a broken nose, cuts and bruising on his face and damage to his right knee.

Before viewing footage of the incident he said he thought it lasted much longer than the one minute captured by CCTV.

He added: “If in only one minute I was that hurt, what would have happened if I was five minutes in that situation?”

Bento (36), a Brazilian national with an address in East Wall in Dublin 3 is charged with murdering 16-year-old Josh Dunne at East Wall Road, East Wall on 26 January, 2021.

Bento is also accused of producing a utility knife in a manner likely to intimidate another in the course of a dispute or fight.

The defendant is further accused of assault causing harm to two other young men on the same occasion. The delivery cyclist has pleaded not guilty to each of the four counts.

The prosecution alleges that Bento, a delivery cyclist, produced a knife during a “stand-off or confrontation” with a man on a moped who had stolen another delivery cyclist’s bike.

Josh Dunne and other youths arrived at the scene and got involved in the confrontation.

Under cross-examination today Quieroz told defence counsel Padraig Dwyer SC that when the youths started to approach, he heard Bento, who had a knife, say “stay away” about three times.

He said that the man on the moped called for support from a group of youths across the road but, he said, he did not hear the man telling them that Bento had a knife.

He said that once several of the youths had crossed the road the man on the moped said something like “who is the hard man now?! and attacked him, Quieroz.

Dwyer said that the defence case is that at around this time the accused struck one of the alleged victims with the knife. The witness said he didn’t see the stabbing. “I couldn’t concentrate on what was happening,” he said.


Dwyer suggested that Josh Dunne can later be seen falling to the ground as the moped man picked up a bicycle which he used to assault Quieroz.

The witness replied: “Yes, I remember that. It was very quick and I was trying to recover and in just a few seconds I started being assaulted again.”

Dwyer said it is the defence case that when Quieroz fell to the ground, Bento struck the third alleged victim with the knife. Quieroz said he remembers falling but did not see what Bento was doing.

In his statement to gardaí Quieroz described being approached by ten to 15 people.

Dwyer said the CCTV footage shows that there were fewer than ten people and asked where the witness got his figures from.

He replied: “It was hard to say when you are in a situation like this. I was being attacked by a group and another group was attacking George. Until I had the chance to see this footage I didn’t realise that George had left and come back to save me twice.”

The trial continues in front of Justice Paul Burns and a jury of five men and seven women.

Comments are closed due to ongoing legal proceedings.