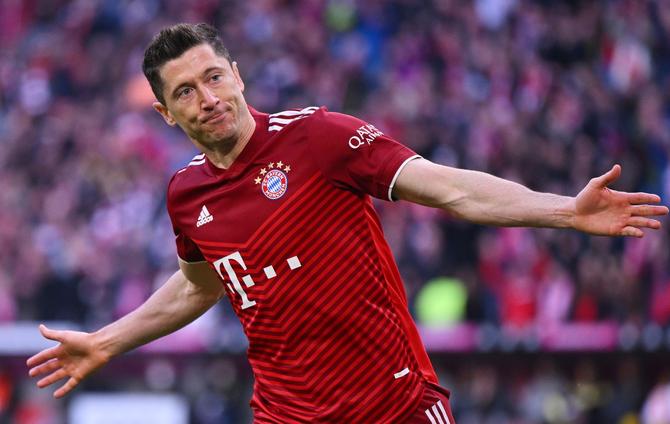 Robert Lewandowski has opened the door to a high-profile transfer after telling Bayern Munich that he will not be extending his contract beyond June 2023 when it expires, German media reported on Friday.

The 33-year-old Poland international forward has scored 343 goals for Bayern and twice picked up FIFA’s Player of the Year Award since joining from Dortmund in 2014.

“Goal machine Robert Lewandowski will leave the club no later than the summer of 2023,” claimed the daily Sport Bild.

“In recent weeks, FIFA’s 2021 Player of the Year told his bosses at Bayern that he would not extend his contract, which is still valid for one year.”

The Sport1 site, citing its own sources, confirmed this information.

Until now, Bayern has maintained they would not part with Lewandowski but, as the German media points out, not selling him now would mean the Pole would leave for free next summer.

According to several reports, Lewandowski has recently been in contact with Barcelona.

Barcelona coach Xavi, however, felt that this transfer would be “complicated” because of the club’s financial situation.