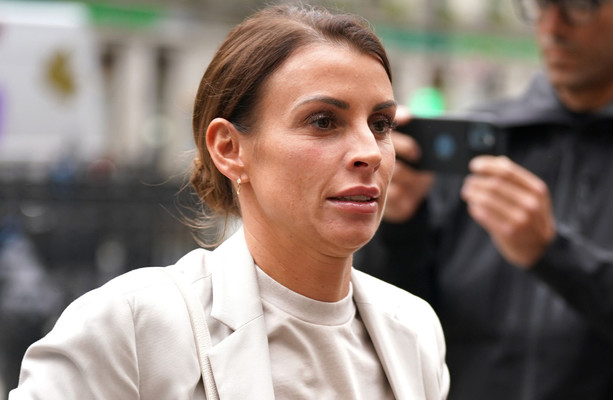 REBEKAH VARDY HAS said a News Of The World article about singer Peter Andre is one of her “biggest regrets” as she entered the witness box for the fourth day of a UK High Court trial.

As part of her high-profile libel claim against Coleen Rooney, Vardy has spent at least 10 hours giving evidence at the Royal Courts of Justice in what has been dubbed the “Wagatha Christie” case.

In a viral social media post in October 2019, Rooney, 36, said she had carried out a “sting operation” and accused Vardy, 40, of leaking “false stories” about her private life to the press.

Vardy, who is married to Leicester City striker Jamie Vardy, denies leaking stories to the media and is suing her fellow footballer’s wife for libel, while Rooney is defending the claim on the basis her post was “substantially true”.

Earlier in the trial, TV personality Vardy was asked about a 2004 interview in the defunct tabloid about a sexual encounter she said she had with singer Peter Andre.

Rooney’s barrister David Sherborne showed what appeared to be an A3 printout of the article to Vardy in the witness box, before reading the headline: “Peter’s hung like a small chipolata, shaved, slobbery, lasts five minutes.”

However, Vardy previously said that she was “forced into a situation by my ex-husband” to do the interview.

Today, Vardy was asked questions by her barrister, Hugh Tomlinson QC, about the article.

Tomlinson asked: “Looking back now all these years, nearly 20 years since, can you remember whether the things presented in the article were things you actually said?” 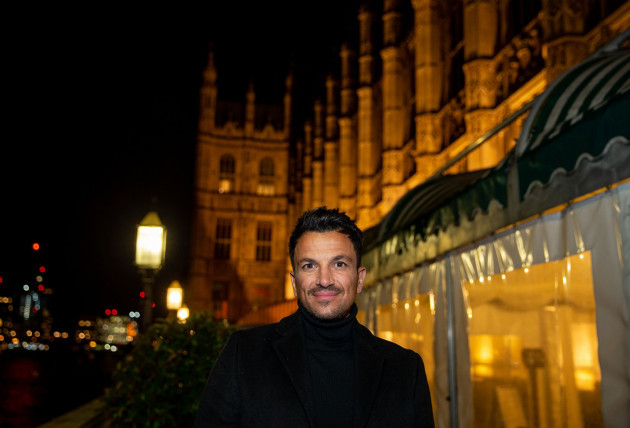 Vardy replied: “There’s a lot of things in there that did not come out of my mouth that were misrepresented in the circumstances around that article I’m deeply sorry for.

“It’s shameful reading that, and one of my biggest regrets.”

After the article was mentioned in court, Andre said he has taken “hit after hit” for 15 years in an Instagram post yesterday.

He said: “If a man had said this about her anatomy and made up something, you can use your imagination, saying something very unflattering, there would be absolute outrage.

“But because it has been said about me it’s been the butt of all jokes, I’ve taken it for 15 years.” 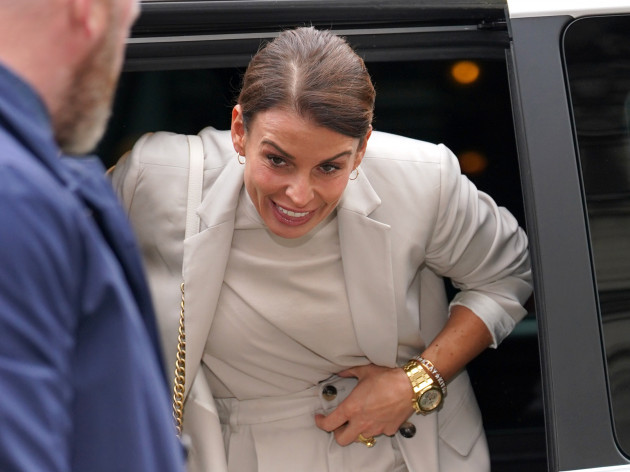 Coleen Rooney arrives at the Royal Courts Of Justice in London today.

Vardy told the court she “didn’t give it a second thought” that Watt was able to see Rooney’s private Instagram account.

Yesterday, Vardy appeared emotional on several occasions during her cross-examination – including when she was accused of throwing Watt “under the bus”.

Sherborne said: “Would you not agree, Mrs Vardy, that if it looks like a leak and smells like a leak – and you even use the word ‘leak’ – it is more likely than not to be a leak?”


He added: “So when Mrs Rooney wrote on the October 9 that she was right in suspecting you and your account… She was right, wasn’t she?”

“No, she was wrong,” Vardy replied.

Rooney is defending the libel claim brought by Vardy on the basis of truth and public interest.

The libel battle comes after Rooney publicly claimed that an account behind three fake stories in The Sun that she had posted on her personal Instagram account was Vardy’s.

The fake stories Rooney planted on her Instagram during the sting operation featured her travelling to Mexico for a “gender selection” procedure, her planning to return to TV, and the basement flooding at her home.