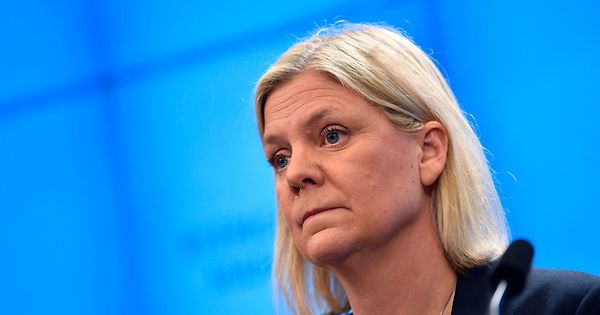 Sweden’s potential NATO entry would lower the risk of a Russian attack, according to a policy report commissioned by parliament that fell short of directly endorsing membership in the defense alliance.

The 43-page review concluded that joining the North Atlantic Treaty Organization would act as a deterrent, stressing the importance of coordination with neighboring Finland. Russia, which invaded Ukraine on Feb. 24, has repeatedly warned both countries of consequences if they would join NATO.

Without membership “Sweden would lack the security guarantees that a NATO membership provides, which potentially could be associated with a lower risk for unilateral Russian actions against Swedish territory in the early stages of a conflict, for example trying to gain control over Gotland,” the report said.

The review also said that membership “would raise the threshold for military conflicts and thereby provide a deterrent to conflict in Northern Europe.” All of Sweden’s political parties, save for the Green Party and the Left Party, supported the report’s conclusions about the defense alliance.

These findings are now expected to inform the decision of Prime Minister Magdalena Andersson, who said she will not reach a conclusion until the security report was completed. Her party, the Social Democrats, plans to announce a decision on applying for NATO membership on Sunday, with a special debate scheduled in parliament the following day.

“Sweden and Finland really have to apply during this window of opportunity when Russia is weakened militarily as it is invading Ukraine and can’t deploy many resources and attention against Sweden and Finland when they decide to apply for membership,” Elisabeth Braw, senior fellow at the American Enterprise Institute, said by phone on Thursday.

Support for membership from the ruling party, which for decades has been strong opponents of joining any military bloc, would mean there is an overwhelming majority in parliament in favor of membership in the 30-nation alliance. Yet not all agree.

Hakan Svenneling, a lawmaker with the Left Party, said there is a “lack of analysis of the risks” that a NATO membership entails, speaking at the news conference on Friday.

“This is the biggest shift in security policy for a very long time, and military non-alignment has served us well for a long time and could continue to do so,” he said. “I am concerned that any conflict between great powers for decades to come will play out at Sweden’s borders or on its territory.”

Were the government of Andersson to file a formal application on Monday it would mark a momentous policy shift for both the Social Democrats and Sweden as a whole. The biggest Nordic nation, which leaned on a neutrality policy to stay out of two world wars, has officially been militarily non-aligned since the collapse of the Soviet Union in 1991.

But there has been a sea change in public opinion following Russia’s invasion of Ukraine, with 53% of Swedes now in favor of joining NATO, compared with 37% in January, according to a Novus poll published this week. That mirrors developments in neighboring Finland, which is also seeking to formalise the process around an application in the coming days.

“It is also an extremely fortuitous window of opportunity in that NATO has its Madrid summit coming at the end of June,” AEI’s Braw said. “So all of that makes it almost irresistible for Finland and Sweden to apply.”