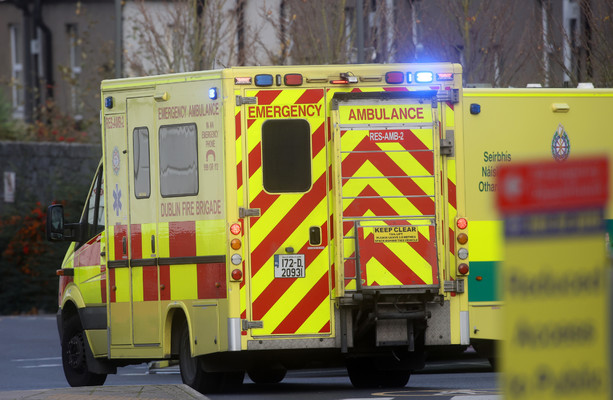 AN INTERNAL INVESTIGATION has been launched after allegations were made that an unconscious patient, who later required resuscitation, was left by a paramedic at an emergency department with a note on his chest saying the paramedic was finished his shift and that someone would be with the patient soon, The Journal has learned.

The incident happened at a Dublin hospital on 23 March.

The patient had been picked up by a Dublin Fire Brigade ambulance following a 999 call. He was brought to the emergency department at the hospital where he was in an unconscious but stable state.

The patient was then allegedly left at the hospital by DFB until he required resuscitation. DFB has a policy whereby they can leave patients unattended at the changeover of their shift. It is understood that, in this instance, the ambulance went back to its station, changed over crews, and came back to take over the care of the patient. Sources estimate that this could have been as long as 90 minutes.

However, if a paramedic is to leave a patient unattended, it has to be sanctioned by their mobilisation officer in their control room, and the nurse manager in the emergency department also has to be aware of it. The patients also have to be fit to be left alone. The investigation will look to see if all these criteria were satisfied.

Medics discovered a note left on the man’s first bed, after he was moved from a trolley to a resuscitation bed, which explained that the DFB paramedic’s shift had ended and that someone would be with the patient shortly.

The doctor who had been treating the patient made an informal complaint to DFB about the incident, multiple sources have told this publication.

Multiple clinical and nursing managers were also made aware of the incident and also brought it to the attention of superiors.

An internal investigation is underway within DFB to ascertain the exact series of events which happened.

TD Paul Murphy said it is “extremely concerning” that something like this could happen.


Speaking to The Journal, he said: “It is very lucky that the man didn’t die but he could have and it suggests quite a serious systems failure between the DFB and HSE that someone could be left in that situation and that clearly that should never happen.

“Clearly we need to find out how that happened and make sure that it can’t happen. Adequate resourcing needs to be put in place so that there is always cover of someone that can take off after their shift.

“I presume the worker was trying to do their best but clearly it doesn’t make sense as a system that someone in these circumstances would be left alone when they’re actually in the hospital.”

Asked about the incident, a spokesperson for DFB told The Journal: “A meeting is being arranged with [the hospital] (this week) to establish the circumstances and facts surrounding this allegation. No further comment until this meeting has concluded.”