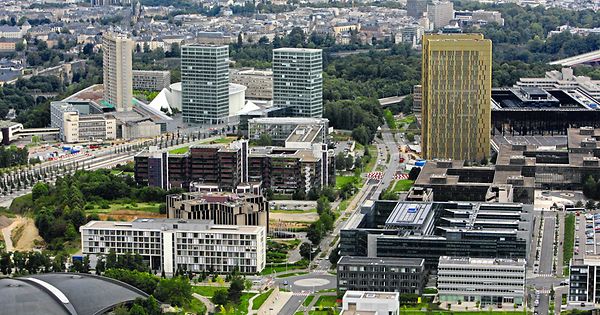 Top five stories you may have missed

In case you missed them, the Luxembourg Times has selected the best stories of the week for you

In case you missed them, the Luxembourg Times has selected the best stories of the week for you

The Kirchberg area is home to EU institutions in Luxembourg

Luxembourg is making baby steps towards shortening the working week as employees rethink their work-life balance after the pandemic, but workers and their bosses have widely different views about the plan.

The government will study whether to allow people to work fewer hours for the same pay – something other countries have also done – Labour Minister Georges Engel, a social-democrat, said last month in parliament.

A string of top European lawyers has taken Luxembourg’s newest EU institution and the European Council to court after they failed to land positions among the bloc’s leading financial crime prosecutors.

Four applicants – from Italy, Lithuania, Belgium and Portugal – each filed a case before the European Court of Justice (ECJ) after the bloc rejected their applications for a role at the European Public Prosecutor’s Office (EPPO), which set up shop in Luxembourg in June.

Some of Luxembourg’s largest companies are in the dark as to the exact cost new rules for a minimum corporate tax rate will bring, but they agree on one thing: it will mean far more paperwork for their accountants.

The EU is working out how to put in place a global accord that will force large multinationals to pay at least 15% in taxes and separately prevent them from moving business to low-tax or no-tax jurisdictions.

It will take another two years before all 3,000 employees at the European Parliament in Luxembourg will work in one office, a building which has been plagued with delays ever since it was conceived in the late 2000s.

Grand Duke Henri will inaugurate the 240,000 square metre building on Tuesday, despite the fact that some 2,300 workers already moved in March last year and their remaining 700 colleagues will not join them before 2024 –  a full 13 years after builders first submitted their bids for the work.

Luxair dropping masks on many flights, but not all

Passengers aboard national airline Luxair can choose from Monday whether to wear face masks during their journeys between Luxembourg and any other destination that has dropped the protective measure against Covid-19.

The state-owned airline said on Friday it was taking the step, long sought by CEO Gilles Feith as a way to attract reluctant customers, after the European Aviation Safety Agency this week relaxed its guidance for mask wearing.