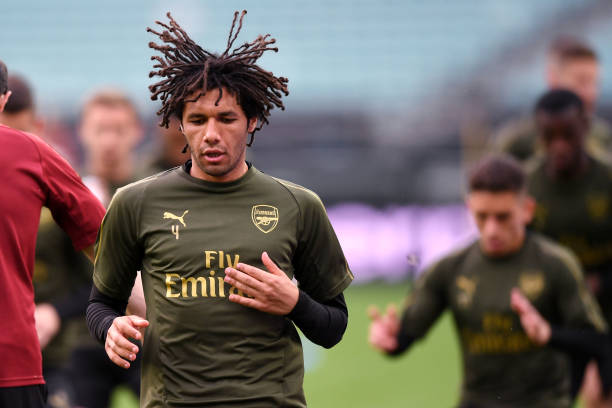 Arsenal midfielder Mohamed Elneny has revealed that he wants to stay on at the North London club this season.

The latest development comes amid transfer reports from Turkey that an agreement in principle was reached with Galatasaray according to Fanatik.

“I’ve said before, if Arsenal want me, it’s my club, my family, but it’s not my decision,” he told Sky Sports. “I have to wait for them to say ‘Mo, we want you’.

“Since the first day I have been here, it has felt like a family. We really work like that here, it’s such a beautiful club.”

After being dropped for most of the season Elneny recently fought his way back into the team and has started the last five games for the Gunners.

“I always believed. I do my job, I let Mikel [Arteta] do his job too and respect his decisions. He always does the right thing for the team, that’s what I believe,” he added.

“Thomas Partey and Granit Xhaka were playing and doing really well, there was never anything to explain, I understood. I just knew I had to be ready, we work as a team and in football everything can change in one second.

“When you suddenly are playing and the fans can see you, when you feel you play well, when you’re winning, you feel that change. I’m really proud when I hear something good about me, and they see how hard I work for this club.”

The Turkish report claims that Elneny’s representatives have already held talks with Galatasaray.

Elneny will have no option but to leave Arsenal at the end of the season if his contract is not extended.

The Egypt international will be a free agent unless a new deal is offered.

Galatasaray could therefore still end up signing the 29-year-old midfielder.

Elneny has played in Turkey before having previously joined Besiktas on loan.

Galatasaray are planning to give the squad an overhaul after a poor season. The Istanbul giants are currently 13th in the league and will not qualify for European competition football next season.