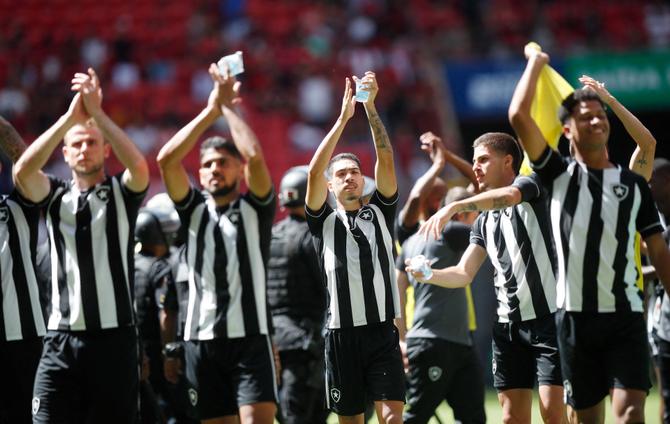 A new law allowing Brazilian football clubs to operate as companies has opened the door for foreign investors to buy teams in the spiritual home of the “beautiful game,” following in Europe’s footsteps.

After a century operating as non-profit associations, Brazilian clubs have started transforming their business models since Congress passed the “Football, Inc.” bill last August, encouraging the creation of SAFs, or “football corporations.”

Brazilian football great Ronaldo, retired from his Ballon d’Or-winning glory days in Europe, has bought Cruzeiro, the club where he made his professional debut, adding it to his investment portfolio alongside Spanish second division side Real Valladolid.

“Brazilian football was always very closed to external investment because of the domestic-controlled business model,” said Cesar Grafietti, who advises football investors as a partner at consulting firm Convocados.

“With these investments, the trend will be for Brazilian clubs’ management to improve, which brings yet more money and in turn better performance,” he told AFP.

– ‘Win to be profitable’ –
Experts say Brazilian clubs are an alluring option for foreign investors.

Brazil is the world’s leading exporter of footballers, and its currency has been weakened by the coronavirus pandemic.

The business potential “is huge” in the football-mad country of 213 million people, said Grafietti.

Before they became club-companies, Botafogo, Vasco and Cruzeiro were all stuck in financial crises, an all-too-common fate for Brazilian teams.

Now, fans and investors alike will be watching the results.

Botafogo returned to the first division this year, and are currently a respectable fourth in the league. Vasco and Cruzeiro are both in the second division, battling for promotion.

The three clubs together had racked up debts totalling some $442 million in 2020, according to consulting firm Sports Value.

Botafogo were bought by US businessman and virtual reality pioneer John Textor, who acquired a 90-percent stake in the club in March.

Under the deal, Textor, who also co-owns English side Crystal Palace and Belgium’s Molenbeek, will invest $77 million in the team in the next three years.

“Football is no different than any other business. You have to win to be profitable,” the 56-year-old magnate told CNN in March, before recruiting Portuguese coach Luis Castro and signing a dozen new players.

Ronaldo bought a 90-percent stake in Cruzeiro for an undisclosed amount in April.

But the club has so far remained relatively low-key when it comes to signing new talent.

As for Vasco, US group 777 Partners, which owns Italian side Genoa and a share in Spain’s Sevilla, is seeking to buy a 70-percent stake in the club for $135 million.

The deal still needs a green light from Vasco’s advisers and partners.

But others are taking note, and could be close behind, he said.

“In the future, some clubs interested in becoming SAFs will probably be more demanding in negotiations,” he said.

According to local media reports, second-division side Bahia are currently in negotiations with City Football Group, owners of Manchester City and nine other clubs.

Reigning league champions Atletico Mineiro have said they will not rule out going corporate.

Other powerhouses such as Flamengo, Corinthians and Palmeiras are holding out for now.

But that may change.

Zanette predicts Brazil, whose clubs have won four of the past five Copa Libertadores, will dominate South American football even more under the new system.

“Latin America should be looking to the Brazilian market as a reference,” he said.

“This is the path to grow, and even start catching up to Europe.”