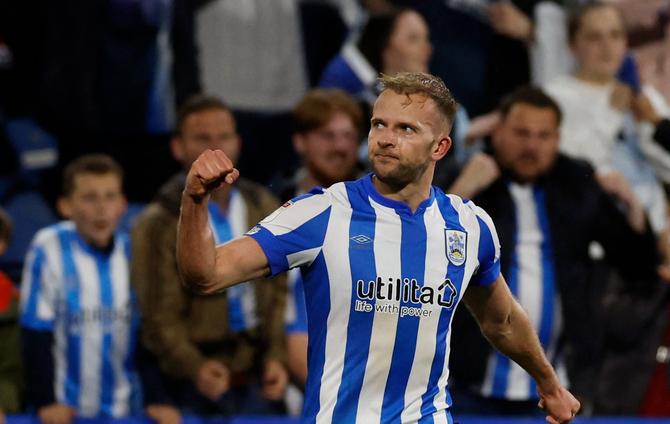 Jordan Rhodes’ solitary late strike took Huddersfield to within one game of a return to the Premier League as the Terriers beat Luton 1-0 on Monday to secure a 2-1 aggregate win.

Rhodes stole in at the far post eight minutes from time to take his side to Wembley for a meeting against Nottingham Forest or Sheffield United in the Championship playoff final.

Defeat ends Luton’s dream to vault from the fifth-tier National League to the richest league in the world in eight years.

The visitors were the better side for long periods on the night after being held 1-1 at Kenilworth Road in Friday’s first leg.