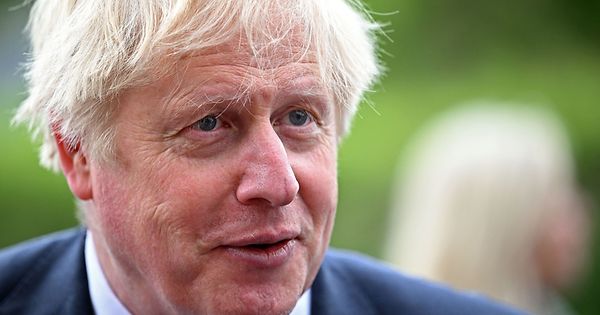 ‘I hope the EU’s position changes. If it does not, there will be a necessity to act,’ says UK prime minister

‘I hope the EU’s position changes. If it does not, there will be a necessity to act,’ says UK prime minister

Boris Johnson has warned Brussels that the UK government will press ahead with unilateral changes to parts of the Brexit agreement if it does not engage in “genuine dialog.”

In a piece for the Belfast Telegraph ahead of his crunch visit to Northern Ireland on Monday, the prime minister said “there will be a necessity to act” if the European Union refuses to reform the Northern Ireland protocol.

Relations with the EU deteriorated after foreign secretary Liz Truss last week threatened to override parts of the agreement, signed in 2020, that has led to checks on UK goods crossing the Irish Sea. The escalation in tensions raises the prospect of a trade war, with potential tariffs imposed on exports to the EU.

Speaking to Sky News on Sunday, Irish Foreign minister Simon Coveney said that if the UK did scrap the protocol, “of course there is a consequence.”

“We have been told by the EU that it is impossible to make the changes to the Protocol text to solve these problems in negotiations,” Johnson wrote. “I hope the EU’s position changes. If it does not, there will be a necessity to act. We will set out a more detailed assessment and next steps to Parliament in the coming days.”

Johnson is meeting with the leaders of the region’s five main political parties, his spokesman, Max Blain, told reporters on Monday. He said that while the UK needs to see progress “urgently” in its talks with the EU, the government believes there’s a “sensible landing spot” and doesn’t want a trade war with the bloc.

Johnson’s visit to Belfast comes shortly before Truss presents her plan to use domestic legislation to amend the Brexit deal. Kwasi Kwarteng, the Business Secretary, told Sky News on Sunday that the UK would be acting within international law because Article 16 of the agreement allows unilateral changes.

Truss is expected to propose a separate customs lane for goods going onto the Republic of Ireland in an effort to end checks for purely internal trade between the UK and Northern Ireland. She also wants Northern Ireland to follow UK standards and UK tax rates.

Even as he warned of further escalation, Johnson said he hoped for an agreement. “We will always keep the door wide open to genuine dialogue,” the prime minister said. “Our shared objective must be to create the broadest possible cross-community support for a reformed protocol in 2024.”

He promised the EU that the UK will “protect the single market” and ensure there will never be checks on the border with the Republic of Ireland. “There is without question a sensible landing spot in which everyone’s interests are protected.”

But he insisted the protocol as it stands is “incompatible” with developments since it was signed. Border checks delay delivery of medicines to Northern Ireland and tax changes announced at the Spring statement cannot be applied to the region, he said.

The protocol has thrown the region into political crisis, with Kwarteng telling Sky News that stability in Northern Ireland is now “our number one priority.”

The Democratic Unionists blocked the election of a speaker to the Stormont Assembly last week, demanding the protocol be reformed. That made it impossible for government to function after pro-Republican Sinn Fein became the largest party in this month’s elections.

“We can get to a landing zone if we work in partnership – but saber rattling and grandstanding in Westminster, ratcheting up tension, is not the way to do it,” Coveney said.

Even before the latest flare-up in Brexit tensions, Johnson was under pressure from the “partygate” scandal and the cost of living crisis.

Having said there is little the government can do to fix spiralling inflation, his ministers were reported in the Sunday Telegraph to have attacked the Bank of England for failing to get inflation down.

When asked on Sky News about reports that Cabinet ministers have accused the BOE of failing its big test by letting inflation rise to 7%, Kwarteng only offered luke warm support for governor Andrew Bailey.

“I think he’s doing a reasonable job,” Kwarteng said. “But it is true to say that that 2% is part of their mandate, they have to keep it to 2% inflation.”

Bailey is due to appear before MPs on the Treasury Committee on Monday afternoon, while official figures this week are expected to show that consumer prices rising 9.1% in April, a 40-year high.

Kwarteng once again rejected Labour’s calls for a windfall tax on energy producers to raise £2 billion to help ease the cost of living crisis for low income households.